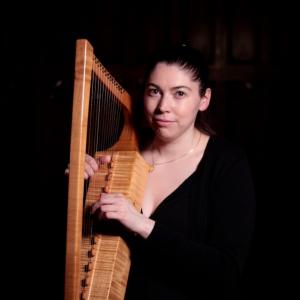 Anna O’Connell, singer and historical harpist, also a DMA student in Historical Performance Practice, has been announced as the recipient of the 10th Barbara Thornton Memorial Scholarship.

This biennial Scholarship, launched 20 years ago in 2001, honors the life and work of Barbara Thornton, who came to Europe from New York in 1970, filled with plans to study early music, and went on to co-found the medieval music ensemble Sequentia with Benjamin Bagby in 1977.

Read more about Anna O'Connell and the Thornton Scholarship