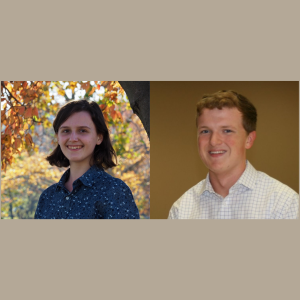 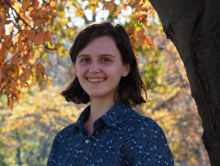 Ruth Cavano is a fourth-year music education major at CWRU. She plays in a variety of styles, and at CWRU she has performed with the Symphony Orchestra, Symphonic Winds, Camerata String Orchestra, Jazz Ensembles, Case Men’s Glee Club, and in numerous pit orchestras and chamber groups. In high school, she played with the San Francisco Symphony Youth Orchestra led by Christian Reif. She joined them on their 2019 European tour which featured concerts in Copenhagen, Odense, Hamburg, Berlin, Vienna, and Budapest. Last summer, Ruth played at the Sewanee Summer Music Festival, where she held the position of principal double bass under Jo Ann Falletta. She will return to Sewanee this summer to continue developing her musicianship.

Her passion for music education began when her high school orchestra teacher, Tristan Arnold, gave her the opportunity to conduct in a concert. At CWRU, Ruth was granted the Pat Ciricillo Music Education Scholarship. She teaches private lessons on cello, piano, and double bass.

Ruth serves as president for the CWRU Footlighters, and she pit directed their most recent musical Death Takes a Holiday. When she isn’t making music, she enjoys cooking and being outdoors. Ruth would like to thank her private instructor, Dr. Kathleen Horvath, for continuing to inspire her as both a performer and an educator. 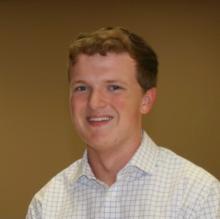 Caleb Owens is a fourth-year music and mathematics major at CWRU. He has studied classical piano for 16 years and is an eight-time state champion in the Mississippi Music Teachers Association Pre-College Solo Piano Finals. Caleb also won gold in the 2017 and 2020 MTNA Senior Piano competitions in Mississippi. More recently, he studied piano at the Rocky Ridge Music Center in Estes Park, Colorado in 2021 and will study piano at the Chautauqua Institution in Chautauqua, New York this summer.

Outside of music, Caleb enjoys cooking, playing volleyball, and studying Spanish. Caleb is grateful to Gerardo Teissonnière, his teacher at the Cleveland Institute of Music through the Joint Music Program with CWRU, and to his family and instructors back home for their cultivation of his passion for classical music and unwavering support of his musical endeavors.

About the Recital Prize

Leonard Ronis established the Joan Terr Ronis Recital Prize in 1996 as a memorial to his wife, the well-known Cleveland piano soloist, chamber music artist and teacher. The prize and recital are presented after a competition held each spring among undergraduate music students attending CWRU. Mr. Ronis, a lifelong supporter of CWRU and the arts, was nationally known for his role in public transit. With his passing on July 4, 2012, the family requested that the prize be renamed the Leonard and Joan Terr Ronis Memorial Recital Prize. The prize returned to its original name during the summer of 2020. 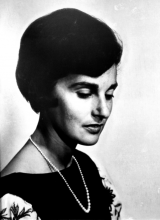