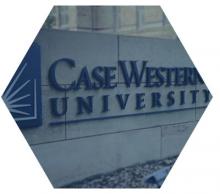 Centralize University-Wide IT Services and Resources

In early 2016, the university leadership directed all technology to be centralized under the CIO. This decision came after university-based assessments regarding cyber security, business continuity and disaster recovery and was also informed by national and global threats to information security and similar steps governments and organizations have taken in response. In sum, the university’s previously distributed IT model posed great danger to the university’s ability to protect data and maintain operations.

Beyond critical improvements to the university’s information security and business continuity efforts, centralization also removes barriers to the delivery of a consistent IT experience across the university. It also optimizes the university’s IT investments by reducing redundancies and enhancing economies of scale in services and purchases. Plus, it provides additional professional development opportunities for the CWRU UTech professionals. 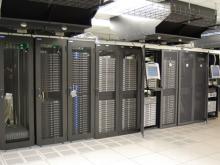 As part of the IT centralization effort, hundreds of department-managed server systems, which were connected to the campus network but situated in offices and labs across the university, were moved into the CWRU Data Center.  Given that the CWRU Data Center provides consistent electrical power, surplus networking, appropriate environmental cooling and 24/7/365 physical access controls, it was a clear win to reduce the risk of service availability loss, data loss and overall electrical power management across campus. Additionally, moving servers out of closets and from underneath desks into a central location, reduces the complexity of network security controls that must be in place to decrease what is called the “campus threat surface” in terms of a cyber attack.

Finding these department-managed servers was a significant task, which was aided by scanning the network using security tools and a program of voluntary reporting by system owners who wanted off-campus access to their systems. The inventory process also revealed a significant number of physical server equipment that could be decommissioned, upgraded and moved to a virtual server farm provided by UTech. Many were servers that were old enough that more software updates and patches for the operating systems could not be installed, and hence they would be vulnerable to cyber attacks and a risk to the university computing environment. Every server move involved a security assessment and vulnerability remediation to take place before the server would be allowed to “go live” in the CWRU Data Center.

Once the majority of the servers were identified and a migration plan set for each server and its services, moving the servers was planned in two phases. The first phase, departmental and administrative application servers were moved and is complete. The second phase will address servers supporting research and academic uses.

An additional positive outcome came from this labor-intensive process, which occurred mostly during the off-hours IT maintenance timeframes (3:00-8:00 AM).  The 50+ UTech staff involved in the project developed a special camaraderie in "leaning in" to achieve the goals together. 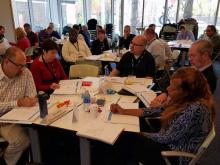 At UTech, people come first! Through centralization, 97 people from the former Information Technology Services (ITS) team and 74 IT professionals across campus came together to form a new organization, University Technology ([U]Tech), to serve the technology needs of the university. Collaboration and teamwork are key mantras for the growing team that comes together to share best practices and enhance the technology experience at CWRU.