Initiative I – Support Student Success and Enhance the Student Experience 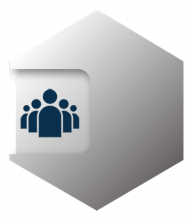 Making It Count with Students

Initiative I highlights UTech’s pursuit to support student success and enhance their technology experience. This is a top priority across all the areas of UTech. Here are a few examples of how UTech is focused on students:

Working on the Wireless

Internet connectivity is a key component of the college experience for students. UTech’s improvements to the CaseWireless network, which includes providing faster access, improving roaming capability and upgrading software, were recognized by the Undergraduate Student Government, noting students’ approval of and positive experiences with the improved wireless service.

A New Approach for Decision Letters

Receiving college decision letters is a milestone in students’ academic careers and indeed their lives up until that time. Sluggish response times and click-through delays are the last thing anyone wants to deal with at the exciting and monumental time of opening a decision letter email.

In early 2018, for the first time, UTech employed new high availability architecture to carry the large load for the latest crowd of hopeful CWRU applicants. More than 21,000 letters were emailed simultaneously to people around the globe, and the system and network performed admirably in the face of such high volume.

There was a 20% increase in the number of letters released from last year and there were no technology delays. The new system architecture helped to make a positive first experience with the CWRU network for tens of thousands of prospective new students.