Peter Bennett publishes book, “Music and Power at the Court of Louis XIII” 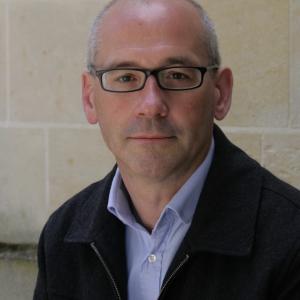 Peter Bennett, Professor of Musicology and Head of Historical Performance Practice, has just published a book with Cambridge University Press. 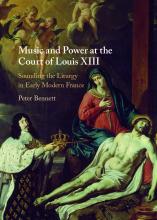 Growing out of a 2015-16 research fellowship at the Centre d’Etudes Supérieures de la Renaissance, France, the book considers how a study of music as “sounding liturgy” might contribute to the wider discourse on absolutism and “the arts” in early modern France. Taking the scholarship of the so-called “ceremonialists” as a point of departure, Bennett engages with Weber’s seminal formulation of power to consider the different contexts in which liturgy, music, and ceremonial acted to legitimate the power of a king almost continuously mired in religious conflict. Numerous musical settings show that David, the psalmist, musician, king and agent of the Holy Spirit, provided the most enduring model of kingship; but in the final decade of his life, as Louis dedicated the Kingdom to the Virgin Mary, the model of “Christ the King” became even more potent – a model reflected in a flowering of musical publication and famous paintings by Vouet and Champaigne.