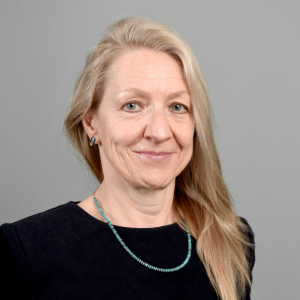 All Colloquia begin at 4:00 PM (Eastern Time) and will be offered virtually through the Spring 2021 semester. Members of CWRU and the wider Cleveland community are heartily welcome, as are students and colleagues at other institutions. 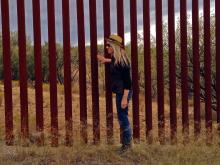 ABOUT THE TALK:
In the United States, concerns over security along the U.S.-Mexico border have received much attention for more than two decades. Migrants and drug and human traffickers traversing this border have been blamed for economic and safety problems and propelled its fortification and militarization. In 2017 President Donald Trump ordered the replacement of fencing through a larger border wall without concern about its dramatic consequences for the borderland’s human and non-human inhabitants, least about its effect on the land’s delicate sonic ecologies, the sounds of migratory and endangered animals and the manifold cross-border musical practices.

This talk examines the border’s rich aural space and then centers on the work of activist sound artists including Ofelia Rivas, Richard Lerman and Glenn Weyant who have regularly listened to and recorded the borderland since the 1990s, created music about the border and transformed its fences into giant musical instruments. This talk illuminates how they documented the changing acoustic ecology of the borderlands in a series of site-specific and site-inspired performances and audio-visual installations.

ABOUT THE SPEAKER:
Sabine Feisst is Evelyn Smith Professor of Musicology and Senior Sustainability Scholar at Arizona State University’s School of Music, Dance and Theatre and Global Institute of Sustainability. Focusing on 20th- and 21st-century music studies, she published the monographs Der Begriff ‘Improvisation’ in der neuen Musik (Studio 1997) and Schoenberg’s New World: The American Years (Oxford 2011) which won the Lowens Award for the most outstanding book on American music in 2011. She also edited Schoenberg’s Early Correspondence and Schoenberg’s Correspondence with American Composers (Oxford 2016 and 2018) and authored over 90 articles in anthologies, journals and reference works. US editor of Contemporary Music Review, she is currently writing a monograph on music and the American Southwest deserts and editing the Oxford Handbook of Ecomusicology. With Garth Paine, she co-directs ASU’s Acoustic Ecology Lab which includes such research streams as the Listen(n) Project and EcoRift.