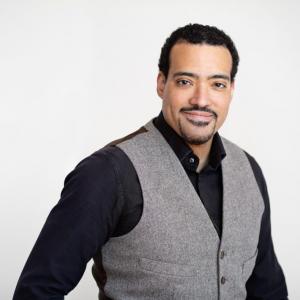 Dual-degree student Christopher Jenkins (PhD in Musicology at CWRU and DMA in Viola Performance at CIM), who also serves as Associate Dean for Academic Support at Oberlin Conservatory, has won the Irene H. Chayes New Voices Award from the American Society for Aesthetics.

Chris Jenkins, Associate Dean for Academic Support at Oberlin Conservatory, is an educator, administrator, and performing violist. At Oberlin, he is a Deputy Title IX Coordinator and Conservatory Liaison to the Office of Equity, Diversity, and Inclusion. He was Deputy Director and professor of viola and violin at the Barenboim-Said Foundation in Ramallah, West Bank, from 2013-14, and served as Dean of the Sphinx Performance Academy (SPA), the Sphinx Organization’s summer music program for minority youth, for seven years. In 2005, he was a laureate of the Sphinx Competition. Through a Curriculum Diversification Grant from the American Society for Aesthetics, in 2017 Mr. Jenkins published an annotated bibliography of works pertaining to African-American participation in the field of classical music and presents on issues of diversity within classical music.

In 2011, Mr. Jenkins earned a master’s degree from the School of International and Public Affairs at Columbia University, focusing on the study of human rights and conflict resolution. His international engagement has included performances and teaching in Palestine, Jordan, Lebanon, Pakistan, Israel, China, Colombia, and South Africa, including a performance with the Jordan National Symphony at the World Heritage Site of Petra in 2016. In the summer of 2017, he served as a guest artist and teacher at the Afghan National Institute of Music in Kabul, Afghanistan. He is currently earning a DMA in viola performance from the Cleveland Institute of Music, and a PhD in Historical Musicology from Case Western Reserve, where his work focuses on the music of African-American composers. His teachers have included Lynne Ramsey, Michael Tree, Martha Katz, Karen Dreyfus, Karen Ritscher, Michelle LaCourse, and Carol Rodland. His alma maters include Harvard University, New England Conservatory, and the Manhattan School of Music.