Winners of the 2021 Concerto Competition 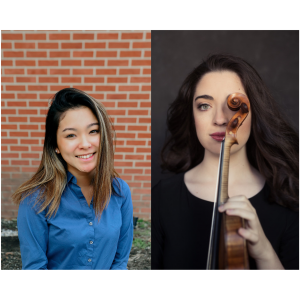 Each spring, CWRU undergraduate music majors compete in recital format for an opportunity to perform as a featured soloist with either the Case/University Circle Symphony Orchestra or the CWRU Symphonic Winds during the following academic year. The Department of Music is proud to offer this competition for our student musicians to gain performance experience and as an opportunity to recognize their incredible talents!

Despite the rather unusual circumstances we faced moving to remote delivery during COVID-19 protocol, all of our applicants displayed professionalism and musicianship. The 2021 Concerto Competition was held remotely with video submissions evaluated by a panel of faculty members, including Mr. Eric Charnofsky, Mr. David Ellis, Dr. Kathleen Horvath, and Dr. Ryan Scherber. A special thank you goes out to our staff accompanists, Alicja Basinska and Anne Wilson.

Karen Ji is a fourth-year music and computer science major at Case Western Reserve University studying piano with Sean Schulze (CIM). She has played the piano for 14 years and earned multiple first and overall prizes in solo and concerto competitions during her previous studies at South Shore Conservatory in Hingham, MA. As an overall winner, she performed four times as a featured soloist, three with the Plymouth Philharmonic under the baton of maestro Steven Karidoyanes and the fourth at South Shore Conservatory’s Evenings Under the Stars concert series which featured Rhapsody in Blue by George Gershwin under maestro Nicholas Palmer. Karen was also a second prize winner of the 2012 and 2016 Steinway Society of Massachusetts Piano Competition. She most recently won the Joan Terr Ronis Memorial Recital Prize in 2019 by demonstrating exceptional musicianship in her spring jury audition. Karen is currently on the Dean’s Honors List and is the treasurer for the Music Undergraduate Student Involvement Committee. 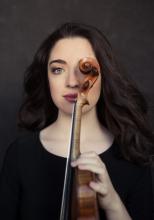 Thank you to all of our performers: