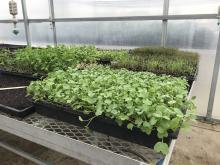 In Spring, 2005, Mort and Iris November donated a gift for a new greenhouse at the Case Western Reserve University Farm. The Debra Ann November Research Greenhouse construction was finished in April, 2006. 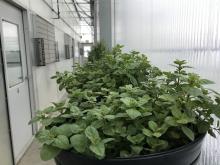 The Debra Ann November Research Greenhouse is the latest in a series of projects serving children and promoting education that Mort November has sponsored in his daughter's memory. The new facility replaces an aging 47-year-old glass greenhouse and now provides better energy efficiency and new state-of-the-art equipment. The new greenhouse was funded with a $200,000 gift from the November family and $25,000 from the farm operating budget. The greenhouse has the capacity to contain three times greater amounts of heat than the old glass structure and provides an insulated foundation, separate temperature control in six new classrooms, and a rainwater harvesting system for experiments and landscaping. During construction, the old foundation material was recycled and used for a driveway. Other recycled material included ventilation fans and lighting. 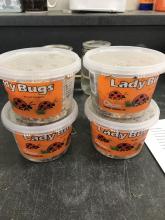 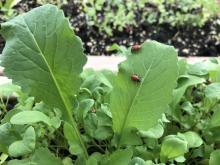 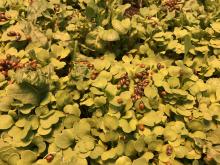 Throughout the year, the Encarsia formosa wasp is released to aid in the fight against the whitefly populations as well as Lady Beetles to combat the Aphid infestation.

Other environmentally friendly means of pest control are obtained by putting cold tolerant crops such as lettuces and greens that have insects on them outdoors on nights that approached freezing temperatures. This practice is not harmful to the plants, but is very effective in controlling the pests that are on them. A leaf vacuum has also been used to help control the insect problem.

Find out more about the use of biocontrols at the farm.