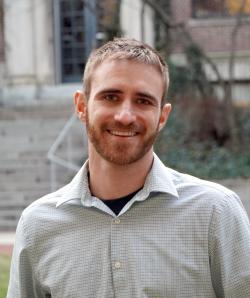 The Burberry group is broadly interested in understanding how the immune system interacts with the nervous system and our environment to support neuronal homeostasis. In the past decade, genome wide association studies involving thousands of cases and controls and next generation sequencing studies of afflicted families have drastically expanded our knowledge of common genomic polymorphisms and rare mutations that confer risk to neurodegeneration. Intriguingly, many genes whose variation modifies neurological disease risk are enriched in cells of the immune system, including microglia. While our efforts have shed light on an important role for the microbiome in shaping an individual’s propensity of developing ALS/FTD, the precise inputs through which the environment stimulates the immune system to change brain health remain poorly understood. Our goal is to uncover the circuits, cell types and pathways in which these disease-associated perturbations function with the hope that with time, our discoveries will ultimately be leveraged to improve patient care.

Aaron Burberry earned his Bachelor’s degree in Biochemistry from the State University of New York at Buffalo. In 2008 he joined the Program in Biomedical Sciences at the University of Michigan where he pursued graduate studies with Gabriel Nunez in the Department of Molecular and Cellular Pathology. During this period, he became interested in understanding why mutations in the pattern recognition receptor NOD2 predispose individuals to Crohn’s disease and worked collaboratively to identify regulators of this signaling pathway. Intrigued by the observation that humans who experience sepsis are at chronically increased risk of mortality, Aaron initiated collaboration with Sean Morrison to explore how hematopoietic stem cells (HSCs) respond to bacteria. He found that upon systemic infection, Toll-like receptors and NOD-like receptors act synergistically to promote HSC mobilization that enable bacterial clearance at the expense of self-renewal.

In 2014, Aaron began his post-doctoral training with Kevin Eggan in the Department of Stem Cell and Regenerative Biology at Harvard University.There he became interested in studying how a fascinating mutation in C9ORF72 causes neural degeneration in Amyotrophic lateral sclerosis (ALS) and Frontotemporal dementia (FTD). Aaron and his lab mates determined that this gene forms a complex which regulates trafficking of lysosomes in myeloid cells and whose function is essential to restrict inflammation and autoimmunity. Informed by the incomplete penetrance of immune phenotypes in mutant mice reared in different environments, Aaron made the foundational discovery that gut bacteria are critical governors of neural inflammation and autoimmunity when levels of C9ORF72 levels decline. During this fellowship, Aaron received a Pathway to Independence Award from the National Institute of Aging and in 2021 has joined the faculty at Case Western Reserve University in the Department of Pathology where he continues to explore fundamental mechanisms of neural inflammation.