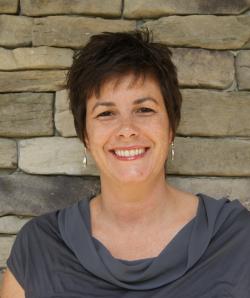 I have been involved in immunology research at Case Western Reserve University since 1994. I received my PhD from the laboratory of Dr. Michael Lederman in 2014 where I investigated treated, HIV-infected patients who had no detectible plasma virus but did not recover their CD4 T cell numbers. I then joined the laboratory of Dr. Donald Anthony as a post-doc in the Department of Medicine/Infectious Disease. I have since secured independent funding through the Cleveland VA Medical Center and I am studying inflammation in chronic viral infections and in aging in various patient cohorts. Currently, I have a dual appointment as a Research Health Scientist at the Cleveland VA Medical Center and as an Assistant Professor in the Department of Pathology at Case Western Reserve University.

The current research goals I am pursuing relate to understanding the underlying impact of inflammation on the development of immune exhaustion and senescence in the elderly. People with chronic viral infections and older aged individuals share many of the same comorbidities including cardiovascular disease, cancer, and liver disease. Comorbidities increase with age and in HIV-infected patients. HIV infected and elderly patients also demonstrate evidence of immune senescence and exhaustion that has been associated with immune dysfunction. Results from my research will provide a growing need nationwide to advance our understanding and develop therapeutic strategies in the aging population with and without chronic viral infection.

Drivers of immune activation and inflammation in HIV disease

It is clear that ongoing immune activation and inflammation are associated with poor disease prognosis in HIV infection. Specifically, elevated plasma levels of IL-6 are a strong predictor of morbid outcomes in HIV infection. What drives this immune activation and inflammation is not clear. Latent HIV persists even in patients that have controlled viral replication with therapy for decades and have no detectible circulating virus. If patients discontinue taking ART, HIV rebounds and viral levels rise. Researchers speculated that low level viral replication drove the increased plasma levels of IL-6. We demonstrated that HIV is not a major driver of increased plasma IL-6 levels (Shive et al, JAIDS, 2012). We and others speculate that translocation of microbial products from the damaged gut during chronic HIV infections likely drives much of the immune activation and inflammation observed in chronic HIV infection. IL-6 and soluble CD14 (sCD14) are elevated in treated HIV infection and are associated with increased mortality and morbidity in HIV-infected patients. CD14, a marker on monocytes, is a co-receptor for lipopolysaccharide (LPS), a cell membrane component of gram negative bacteria. HIV researchers were beginning to use plasma sCD14 as an indicator of microbial translocation in HIV. We showed that, although LPS is a potent monocyte activator that binds to CD14 and induces release of sCD14, other TLR ligands and inflammatory cytokines such as IL-6 and IL-1b can induce the release of sCD14. We suggested that sCD14 should be considered a marker of monocyte activation that does not necessarily reflect monocyte activation by LPS (Shive et al, AIDS, 2015).

The effect of adjuvants on the immune response

Understanding the effects of adjuvants is critical to design effective vaccines. Using a mouse model of Multiple Sclerosis, experimental autoimmune encephalomyelitis (EAE), and neonatal tolerance, we examined the effects of adjuvant on the immune response in EAE and the balance between Th1 and Th2 cells. Pertussis toxin is often used in models of EAE to induce the clinical manifestations of the disease. We found that pertussis toxin enhanced the production of cytokines and caused the clonal expansion of autoreactive T cells (Shive et al, Eur.J.Immunol, 2000). We demonstrated that in EAE, the microbial product (pertussis toxin) acts on antigen presenting cells of the innate immune system and contributes to disease by the induction of high frequencies of autoantigen-specific Th1 cells despite the clonal expansion of autoantigen-specific Th2 cells that were induced by injection of autoreactive peptide in Incomplete Freud’s Adjuvant (IFA) (Hofstetter et al, J. Immunol., 2002) (Heeger et al, J. Immunol, 2000). We also examined the influence of adjuvant on neonatal tolerance (Hofstetter et al, J. Neuroimmunology, 2007) and in older aged mice (Ebhard et al, Cellular Immunology, 2002).

8. Shive CL, Hofstetter HH, Shaw C, and Forsthuber TG.  The enhanced antigen-specific production of cytokines induced by pertussis toxin is due to clonal expansion of T cells and not to altered effector functions of long-term memory cells.  Eur.J.Immunol. 2000, 30:2422-2431.