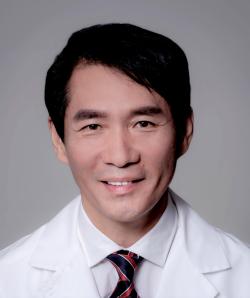 Dr. Kang completed his PhD in Neuroscience at the University of California, San Diego (UCSD), School of Medicine in 1999. He later went on to serve as Assistant and Associate Professor at UCSD (2004-2012) and World Class University Associate Professor at Seoul National University (2009-2012). In 2012, he moved to the Byrd Alzheimer’s Institute at USF Health College of Medicine, where he served as Associate Professor, Fleming Endowed Professor, and Director of Basic Research with a joint appointment as a VA investigator at the James A. Haley VA Hospital. In 2021, Dr. Kang joined the Department of Pathology at Case Western Reserve University School of Medicine as Professor with a joint appointment as a VA investigator at Louis Stokes Cleveland VA Medical Center.

Dr. Kang’s research focuses on the molecular pathways underlying aberrant proteinopathy and neurotoxicity in Alzheimer’s disease (AD) and Related Dementias (ADRDs), including Frontotemporal dementia (FTD)-Amyotrophic lateral sclerosis (ALS) spectrum disorders and Lewy body disorders (LBD). His laboratory takes an interdisciplinary approach to answer important questions pertinent to pathological brain aging in ADRDs. These include molecular, biochemical, cell biological, advanced imaging, and animal modeling (mouse & C. elegans) tools, the latter coupled with electrophysiology and behavior. Multiple proteinopathies arise in ADRDs, such as amyloid and tau in AD, TDP-43 or tau in FTD, TDP-43 in ALS, and alpha-synuclein in LBDs. All ADRDs also exhibit mitochondrial dysfunction and autophagy defects. Our goal is to gain insights from cutting-edge neuroscience investigations to advance translational and therapeutic strategies to treat or prevent ADRDs. The Kang lab is actively engaged in the following areas of research, which are mostly funded by NIH and VA grants.

Mechanisms of APP processing, Abeta production, and neurotoxicity: Accumulation of the Abeta peptide, derived from the proteolytic processing of its precursor protein APP, is the primary hallmark of AD pathology. Our focus is on endocytic pathways and F-actin dynamics in regulating both the production of Abeta in neurons and its clearance by microglia. These pathways, particularly the RanBP9-SSH1-cofilin signaling axis, not only regulates the production and clearance of Abeta but also mediates the synergistic neurotoxic signaling between Abeta and tau.

Role of autophagy in accumulation proteinopathies and dysfunctional mitochondria in ADRDs: Defects in autophagy and mitophagy, in large part, contribute to the accumulation of misfolded proteins and dysfunctional/toxic mitochondria in ADRDs. Our focus here is in the novel non-canonical role of SSH1 in the negative regulation of the autophagy cargo protein SQSTM-1/p62, an activity recently identified by the Kang lab. This SSH1 activity positively regulates tauopathy. We are also in the process of identifying and characterizing small molecule SSH1 inhibitors for potential therapeutic application.

CHCHD10-mediated proteinopathy and mitochondrial dysfunction in ADRDs: More than 30 mutations in the gene coding for the mitochondrial protein CHCHD10 are associated with familial and sporadic FTD-ALS spectrum disorders. Utilizing transgenic mice expressing wild type or mutant versions of CHCHD10 generated by the Kang lab, we are characterizing novel pathological signatures of CHCHD10 dysfunction and determining CHCHD10-mediated mechanisms underlying proteinopathy buildup and neurodegeneration in ADRDs.

Deubiquitinases (DUBs) in in tau and TDP-43 pathogenesis: Based on unbiased siRNA screens, the Kang lab has identified pathologically relevant DUBs playing significant roles in both tau and TDP-43 pathogenesis. Utilizing knockout animal models, cell biology, and proteomics, ongoing work aims to unveil mechanisms by which specific DUBs contribute to the pathogenesis of ADRDs. We are also interested in identifying small molecule inhibitors of specific DUBs for potential therapeutic application.

View All Publications via PubMed