Mark Cameron, PhD, comments to CNBC on a new Covid-19 strain first detected in the U.K. 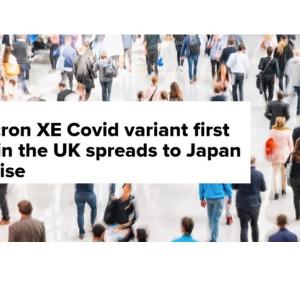 The virus is still capable of evolving, recombining, and developing a new branch of its family tree, said Cameron.

As the CNBC reporter notes: Japan has reported its first case of omicron XE — a new Covid-19 strain first detected in the U.K. — just as British cases of the subvariant rise.

The XE variant was found in a woman in her 30s who arrived at Narita International Airport from the U.S. on March 26. The woman, whose nationality was not immediately disclosed, was asymptomatic, Japan’s health ministry said Monday.

It comes as cases of the new strain have almost doubled in Britain, according to the latest statistics from the U.K. Health Security Agency.

XE is what’s known as a “recombinant,” a type of variant that can occur when an individual becomes infected with two or more variants at the same time, resulting in a mixing of their genetic material within a patient’s body.

As Mark Cameron said to CNBC: It is the devil we know, so to speak. [It is] essentially a reshuffling of the same deck of cards.