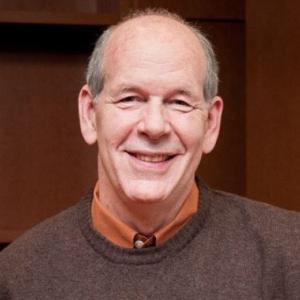 When Case Western Reserve University looked to launch a Master of Public Health program two decades ago, the School of Medicine found its first leader in Scott Frank, then on the medical school faculty, director of health for the City of Shaker Heights and a family physician at University Hospitals.

On February 20, the program celebrated its 20th anniversary—and honored its founder and director at an event, recognizing his contributions that have helped grow the comprehensive Master of Public Health program to include multiple tracks, 11 MPH/dual degrees, and an undergraduate minor.

Frank started his career at Case Western Reserve nearly 40 years ago, serving on the faculty in a variety of roles, including residency director, predoctoral director of family medicine education, curriculum coordinator for population health and, founder and director of the MPH program.

He also spent nearly 35 years practicing family medicine at University Hospitals, caring for a largely underserved Cleveland population and showing him the increasing critical importance of public health. And since the mid-1990s, he also served as health director for the City of Shaker Heights, where he and his family reside—a role that has fueled him professionally and personally, as he was able to be a major part of his community.

Read more about Scott Frank in CWRU’s The Daily.