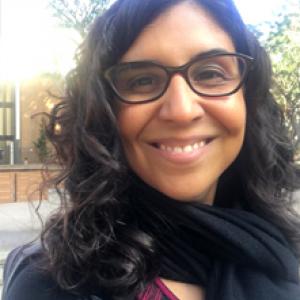 [sponsored by the Center for Popular Music Studies]

All Colloquia begin at 4:00 PM (Eastern Time) and will be offered virtually through the Spring 2021 semester. Members of CWRU and the wider Cleveland community are heartily welcome, as are students and colleagues at other institutions.

ABOUT THE TALK:
Representations of Mexicans in Hollywood cinema have typically recycled negative stereotypes, but Pixar’s Coco (2017) provides a divergent interpretation. Set during Día de muertos, Coco embellishes several signifiers from the comedia ranchera, a film genre that showcased Mexican popular culture and musical performance, and elements of contemporary Mexican popular culture to provide a novel portrayal of Mexicanidad­—the cultural identity of the Mexican people—for a new generation. Premiering during a socially unstable period, I argue that Coco utilizes earlier cinematic and musical formulas, evoking Mexico’s cinematic past, to construct a visual, aural, and narrative portrayal of Mexicanidad that confronts and destabilizes past cinematic representations.

ABOUT THE SPEAKER:
Jacqueline Avila is an Associate Professor in Musicology at the University of Tennessee. Her research examines film music and the intersections of identity, tradition, and modernity in the Hollywood and Mexican film industries. Her book is entitled Cinesonidos: Film Music and National Identity during Mexico’s época de oro, published with Oxford University Press, Music/Media Series. Additional publications can be found in Latin American Music Review, Opera Quarterly, and American Music.