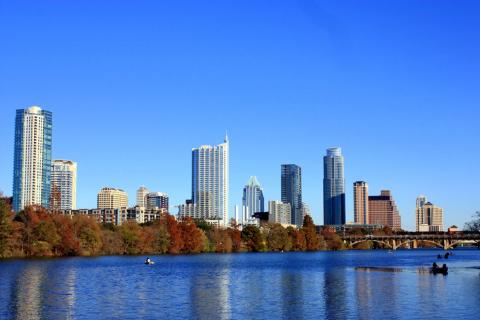 The Master of Science in Anesthesia Program at Case Western Reserve University is excited to announce that we are expanding our class at our Houston, Texas location from 26 seats to 32 seats for the 2019 academic year. The new class will include up to six seats that are dedicated to Austin-based rotations.

These selected students will reside in and complete their clinical rotations at our affiliate site, Baylor Scott & White Health in North Austin.

Baylor Scott & White is the largest not-for-profit healthcare system in Texas and one of the largest in the United States. The System includes 48 hospitals and more than 800 patient care sites, where more than 7,800 physicians and their teams provide full-range, inpatient, outpatient, rehabilitation, and emergency medical services. Annually, the system encounters 6.6 million patients.

U.S. News and World Report recognized 16 Baylor Scott & White Health hospitals in 2018 in their list of “America’s Best Hospitals,” which made the System the most awarded in Texas. The System has been particularly active in Austin and Round Rock community in recent years, including an expansion project that’s included a new hospital in Pflugerville that relies on an innovative care model to support the fast-growing community and the implementation of digital innovation across their network.

Austin is situated west of Houston, and is approximately two and a half hours by car. The city, known nationally for its nightlife and music scene, has become increasingly popular with millennials in recent years. In 2018, Forbes ranked Austin the eighth fastest-growing city in the nation with notable projections for economic growth.

Several CWRU MSA alumni from Cleveland, Houston, and Washington have taken positions with certified anesthesiologist assistant groups in Austin and Round Rock in recent years, and are currently practicing in the Greater Austin area.

Houston students assigned to the Austin rotation will be provided a stipend for travel to Houston, where they will go at regular intervals for didactic and simulation training.

The Program is currently accepting applications for all three locations, and encourages applicants interested in rotating in Austin to contact us at msaprogram@case.edu. The regular decision application closes February 2.