Master of Science in Anesthesia Program Celebrates 50 Years of History 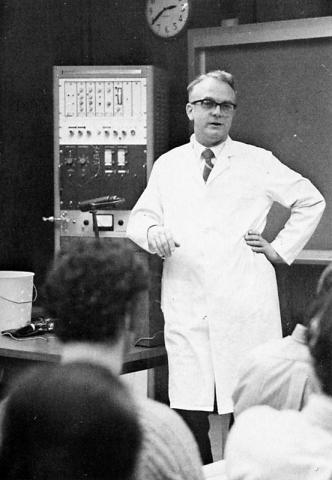 The Master of Science in Anesthesia Program at Case Western Reserve University began in 1970, the second anesthesia program of its kind in the nation. The program originally awarded a baccalaureate degree, but evolved into a professional postgraduate program in 1987 and began granting the master’s degree.

In 2008, Case Western Reserve University expanded its program to greater serve the anesthesiology community and the growing anesthetists profession. Through a partnership with the University of Texas Houston Medical Center, CWRU opened a Houston location, which accepted its inaugural class in 2010.

Building on that success, CWRU opened a Washington, D.C. location and accepted its inaugural class in 2012.

The program is accredited by the Commission on Accreditation of Allied Health Education Programs.

Case Western Reserve University School of Medicine has trained medical students, served the community and been at the forefront of discovery in Cleveland for more than 175 years.

Forty years later, the college revolutionized medical education with a new curriculum that integrated basic and clinical sciences, and conformed to students’ needs. Created by faculty members Drs. Joseph Wearn, T. Hale Ham, and John L. Caughney Jr., the curriculum of 1952 became the most progressive medical curriculum in the country at the time. Central themes and ideas of the innovation included:

In addition to being one of the foremost medical schools, Case Western Reserve University School of Medicine has established itself as a research powerhouse. The school’s research program began in 1887 with the construction of the H. K. Cushing Laboratory and the Physiological Laboratory in Downtown Cleveland.

Since then, faculty and alumni have accomplished major achievements in the medical field. Highlights include:

Today, Case Western Reserve University School of Medicine is one of the nation’s top 25 medical schools and the largest biomedical research institution in Ohio. Among its former and current faculty and alumni are eight Nobel laureates, six members of the Institute of Medicine, two members of the National Academy of Sciences, two U.S. Surgeon Generals, and the first woman director of the Center for Disease Control.

Learn more about the School of Medicine here.