Washington Student Reflects on Commuting in the District 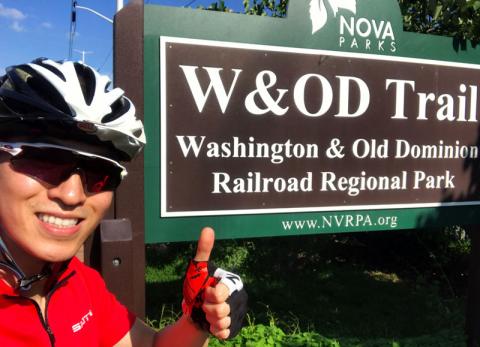 Se Chang is first-year student in the Master of Science in Anesthesia Program at Case Western Reserve University in Washington, D.C. Se, a Virginia resident, commutes into the District regularly for classes and clinicals. Commuting can be a big part of life in the D.C. Metro Area as well as Cleveland and Houston, depending on where students choose to live during the two years of the program.

In this interview, learn what drew Se to the MSA Program, and how he handles commuting in one of the most congested cities in the United States!

What initially drew you to the MSA Program?

I had goals of going into medical school since I was a teenager. After graduating from college, I was a medical scribe for an orthopedic surgeon. I enjoyed going into the operating room to shadow different orthopedic cases. I really valued the teamwork I witnessed in the operating room between the surgical team, anesthesia providers, and nurses. The MSA Program was an alternative route that I considered after receiving an email from Jennifer Puin, the Director of Network Admissions and Finance at Case Western Reserve University Master of Science in Anesthesia. We exchanged emails and spoke on the phone a few times. I thought I would give this career path a chance, and decided to apply.

What drew you to the Washington, D.C. location specifically?

I currently live in Northern Virginia, and it was the closest location available to me. I didn’t want to leave. I wanted to stay close to home and commute. It was the most economical choice for me.

Can you describe the commuting process?

On the days that I have only clinical rotations, I drive into the district. I leave my house before 5:20 am to arrive at the hospital and be in the operating room by 6:00 am. It generally takes about 30 to 35 minutes in the morning because I avoid the major traffic that begins after 6:30. On the days I have clinicals and class or just class, I drive with my bike in the car. I street park for free near a bike trail, and I ride my bike to the offices in NoMa. When I drive and bike, it takes me about 45 minutes to get to the offices from my house.

I like that I get to just drive and that I don’t have to think about anything. I also like listening to podcasts, audiobooks, recorded lectures, the radio, and music. I get to go to different parts of Washington on various days when using my GPS app. I use Waze because I get to contribute to it, and I believe my navigation skills and geographic familiarity have improved since I began commuting.

Are there any drawbacks to commuting?

Yes. The traffic going home is horrible if I leave D.C. after 3:00 pm. The traffic doesn’t die down until 7:00 pm usually, and it takes me nearly an hour to get home.

After a long day in class or a long day in the hospital, I would like the convenience of living in D.C. and jumping into bed to rest right away. However, at the end of the day, there is always something to be done so the extra time commuting isn’t really a major inconvenience. 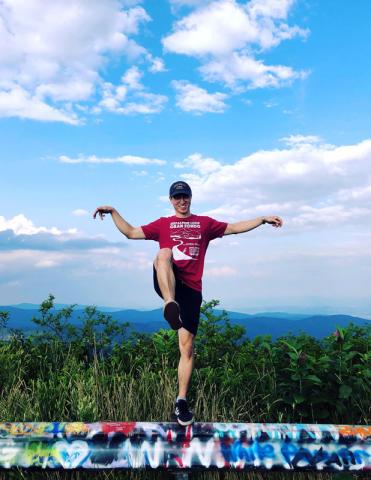 If a Virginia or Maryland student is thinking of commuting to the MSA Program in Washington, D.C., what do they need to know? What advice would you give?

Download parking apps such as ParkMobile and SpotHero to have save money and time.

Do you think it's important to be a Virginia resident, as it may relate to expanding the profession or forwarding legislation?

That was one of my questions I asked during my interview process at this program. Will Virginia allow legislation for CAAs to practice? Will it be likely for the Board of Medicine in Virginia to allow CAAs to have licensure and certification?

The response was that this would be likely in the future. There are also other students in the CWRU MSA Program that live in Virginia and Maryland that would like to practice in their state, and a few of my instructors live in Virginia and are also practicing CAAs that would like this legislation to occur. There are many more hospitals in Virginia compared to Washington, D.C. and there are also excellent opportunities for Virginia medical schools and university hospitals to teach MSA students.

Do you hope to stay in Virginia after graduation?

As of now: it is a strong yes. I plan on living in Virginia after graduation, but this could change after possibly rotating in different states.