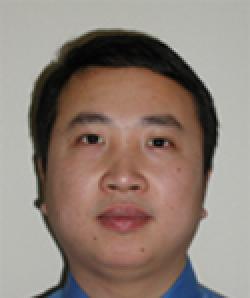 Dr. Xiongwei Zhu received his B.S. in 1995 and M.S. in 1998 from the Department of Biochemistry at Wuhan University in China. He received his Ph.D. in 2002 from the Department of Pathology at Case Western Reserve University. He was a postdoctoral fellow and instructor in pathology until he became Assistant Professor in 2004. Dr. Zhu is the recipient of several awards including the International Junior Investigator Award from International College of Geriatric Psychoneuropharmacology and the Vector Laboratories Young Investigator Award from the International Congress of Histochemistry & Cytochemistry.

My research focuses on the neurodegenerative mechanisms underlying Alzheimer disease and other neurodegenerative diseases. Alzheimer disease is a major public health problem because it has a huge impact on individuals, families and society and it has attracted increasing public attention as the population ages which highlights the urgency to understand and treat this disease effectively. We have demonstrated that both oxidative stress and cell cycle-related abnormalities are among the earliest contributors to the disease. The major hypothesis being pursued is that while either oxidative stress or abnormalities in mitotic signalling can independently serve as initiators, both processes are necessary to propagate disease pathogenesis and progression (Two Hit Hypothesis, Zhu et al., 2004).