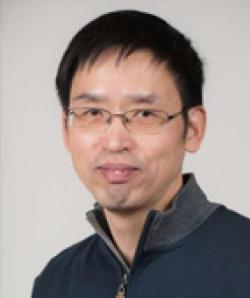 Dr. Xiaofeng Zhu has developed many statistical methods in the areas of association analysis, population stratification and admixture mapping, and has had extensive experience in the design and analysis of genetic studies over the past 20 years. He and his colleagues suggested using principal components to summarize the genetic background information provided by a set of independent markers, this information to be used in association mapping for both quantitative and qualitative traits. Together with his colleagues, he performed the first admixture mapping study using microsatellite markers. His group has developed several novel statistical methods to identify rare variants contributing to the understanding of phenotypic variations. His group also developed cross-phenotype association (CPASSOC) that can integrate association evidence from summary statistics of multiple traits, either correlated or independent, continuous or binary, coming from the same or different studies. He leads the Continental Origins and Genetic Epidemiology Network (COGENT) consortium and has identified multiple loci associated with blood pressure traits in African-Ancestry population. He and his colleagues have also identified many genetic loci associated with sleep disorders.