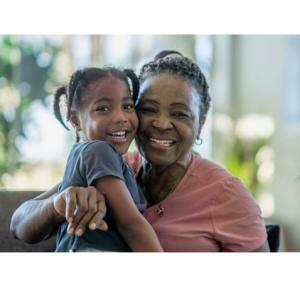 Three faculty in CWRU's Department of Population and Quantitative Health Sciences who are focused on the genetics of Alzheimer’s Disease (AD) in individuals with African ancestry have secured funding through the National Institutes of Health’s (NIH) National Institute on Aging to expand community outreach.

This is part of a nationwide effort to better understand a disease that presents differently—and at different rates—in communities that historically have not been included in large-scale genetic research.

“This enhances research that is foundational to developing prevention strategies, earlier diagnostic tests, and treatments for a condition that has no boundaries,” said Jonathan L. Haines, PhD, the CWRU lead investigator and chair of the Department of Population and Quantitative Health Sciences, and the Mary W. Sheldon, MD, Professor of Genomic Sciences.

“We are already engaged in the Cleveland area with African American individuals and families who are important partners in this work,” he said. “We are committed to our local community, and this increased capacity ensures that large-scale research benefits everyone.”

The full consortium, which includes three investigators at CWRU, will also engage with Hispanic and Afro-Hispanic communities nationally. Additionally, the consortium will collaborate with AD genetic researchers across nine African countries. Altogether, these researchers will collect, match, and analyze data at the scale required to uncover genetic variants associated with AD.

AD is a complex, yet common condition that has been shown through decades of research to have genetic, behavioral, and environmental influences. Its estimated heritability is 60% to 80%. Much of the research into the genetics of AD has been conducted over more than 35 years through large consortia co-founded and led by Haines, an early leader in recognizing the need for diversity. Recent breakthrough research found important differences in the genetic architecture of AD in people with African and Hispanic ancestry.

This work will complement many other CWRU AD research efforts, including a 20-year project led by Dr. Haines studying AD in the Amish in Ohio; a new NIH-funded project studying AD gene expression in diverse populations led by Dr. Bush; an ongoing NIH grant supporting data analysis for the Alzheimer’s Disease Sequencing Project led by Drs. Haines and Bush; and an NIH T32 grant creating a cross-disciplinary PhD program in AD research led by Dr. Bush.

This AD expertise is further complemented by Dr. Williams’ work, based on decades of experience in genetic studies of African and African American populations, including analyses of the risk of cardiovascular diseases, risk of infection, and overall patterns of genetic variation across the African continent.

The consortium’s lead PI is Margaret Pericak-Vance, PhD, with the John P. Hussman Institute for Human Genomics (HIHG) at the University of Miami Miller School of Medicine (UMMSM). Drs. Haines and Pericak-Vance have collaborated on AD research for nearly 30 years, and together are recognized as having dramatically impacted the field of human genetics generally, and specifically in AD as well as in other complex, common conditions such as Age-related macular degeneration, glaucoma, multiple sclerosis, and other neuromuscular disorders, as well as autism, among others.

More information about local community outreach for this study is here.