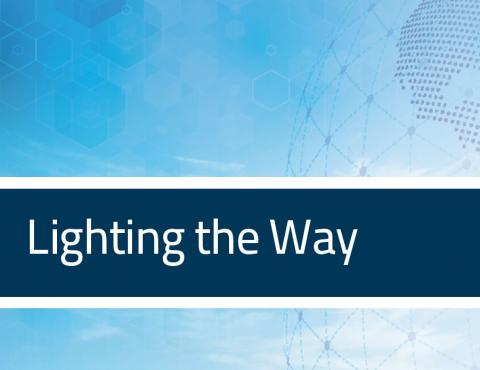 During her April 2012 “Leadership in Organizations and Systems” DNP course, Joyce Fitzpatrick, PhD, MBA, RN, FAAN gave her students an assignment she offers each year: write a letter to yourself, dated one year from today, saying what you’ve accomplished in that time period. For one student — Marian K. Shaughnessy, DNP, MSN, RN — setting the goal was easy: she’d make a decades-old dream come true by investing in leadership education for nurses.

“Nurses must seize the opportunity to be not just facilitators of health care but rather leaders in their own right,” she wrote. “They will be the agents of change responsible for providing others with a lighted path toward positive changes in the nursing field.”

Today, the light on that path is brighter than ever with the launch of the Marian K. Shaughnessy Nurse Leadership Academy at the Frances Payne Bolton School of Nursing. With Fitzpatrick, the former dean and Elizabeth Brooks Ford Professor of Nursing, serving as its inaugural director, the academy’s goal reflects the one outlined by Shaughnessy in that paper: ensure that the next generation of nurses is prepared to shape the system that provides care.

“Individuals go into nursing because they want to take care of people,” Fitzpatrick said. “We will help them understand that you take care of more people and populations, if you are the director of health for a city or state, or the secretary of health and human services. We want to stretch the profession to think bigger.”

Established with a $5 million gift from Shaughnessy and her husband, Michael, the former president of Color Matrix, the academy will focus on addressing some of the long-established imbalances of the profession, such as a preponderance of nurses without advanced degrees, and a lack of representation at the policy level. Although nurses make up 30 percent of the health care workforce, their representation on hospital boards hovers near five percent.

“Nurses are the quiet majority of four million health care workers. They run the hospital system 24 hours a day when everyone else has gone home,” said Shaughnessy, who serves on the Board of Directors of University Hospitals Cleveland Medical Center and the Board of Trustees for the American Nurse Foundation. “There are a lot of people in health care systems, and they've all got pieces of the puzzle, but the nurse is the one with the whole picture."

Nursing’s lack of representation in policy-making positions isn’t a new problem, but one that’s been decades in the making. Fitzpatrick points to a number of factors, ranging from outdated educational requirements to last century’s gender norms. Nurses can still enter the field with an associate’s degree, while other health care education programs, such as physical therapy and pharmacy, now require doctoral degrees for licensure and practice. Fitzpatrick noted that the result is a “bottom-heavy pyramid” in the educational preparation of nurses, where less than one percent of nurses have doctoral degrees.

“There’s something wrong with that picture, in terms of really using the power we could have,” she said.

Fitzpatrick also points to her own educational experience as an example of how nurses were often discouraged from seeking higher education. When she started college, only two programs at her university were open to women: nursing and foreign languages. “I could have been more challenged, academically, than I was,” she says. “I made a very careful assessment of how to change the world of nursing education, because I saw the need.”

In 2010, the Robert Wood Johnson Foundation (RWJF) and Institute of Medicine (IOM) released their joint, two-year assessment to transform the profession in The Future of Nursing: Leading Change, Advancing Health. Among the recommendations was a push for 80 percent of registered nurses to have a baccalaureate degree by 2020. Last February, RWJF reported that the percentage of employed nurses with a bachelor’s degree in the United States had reached an all-time high of 56 percent in 2017.

Nonetheless, this proved to be its own call to action for Shaughnessy, and she decided to make it her life's goal to transform the profession.

“We’re at a critical point,” she said. “Healthcare costs continue to rise; hospitals are increasingly pressured and measured on quality of care, and getting patients out of the hospital as rapidly as possible in a safe and efficient manner. It’s time to unleash the potential of nurses.”

A Five-Point Plan for the Future

As plans for the Marian K. Shaughnessy Nurse Leadership Academy develop, advisors are using a five-point “compass” for guidance. They are targeting leadership development for current staff and faculty; administrative and executive leadership education for doctoral students; continuing education in executive leadership for practicing nurses regionally, nationally and globally;  research and scholarship on the science of nurse leadership; and recruitment of new leadership faculty, including the use of a visiting executive-in-residence model.

According to Fitzpatrick, mentorship is key and part of the academy’s mission will be to formalize relationships in ways that demonstrate the breadth and range of opportunity in nursing to current students. “I often say to my students, ‘If you don’t know where you’re going, any road will take you there,’” she said. “Part of how we help is to assign a self-assessment, and then get students connected to somebody who can help them grow into what they want to be five years from now.”

The Marian K. Shaughnessy Nurse Leadership Academy will draw on FPB’s pool of alumni in leadership roles and its connections to nurse leaders around the country, such as Linda Burnes Bolton, DrPH, RN, FAAN, former vice president of nursing and chief nursing officer at Cedars Sinai, the Los Angeles-based hospital system. Burnes Bolton, who is serving as an advisor to the academy and a Case Western Reserve trustee, explained that nurses need to seek out leadership opportunities both within and outside of their workplaces to gain the most comfort and familiarity with the role.

“Leadership is a practiced art, and is improved with more practice,” Burnes Bolton said. “Demonstrating one’s ability to lead is essential to obtaining support for nurses to lead in different roles.”

In response to the in the Future of Nursing report, RWJF voiced an additional goal: to place 10,000 nurses on boards by the year 2020. As of February, more than 5,700 nurses reported serving on boards.

The Marian K. Shaughnessy Nurse Leadership Academy's initiatives will be available to all FPB students, with a particular emphasis on skill sets such as financial management and information technology, as well as what Fitzpatrick calls “leadership attitudes.” Too often, she said, nurses aren’t prepared to think of themselves as potential leaders with the knowledge and power to have an impact. “We have simulation programs for clinical skills, but we don’t have a simulation program for leadership skills,” she added. “The knowledge itself is not enough.” 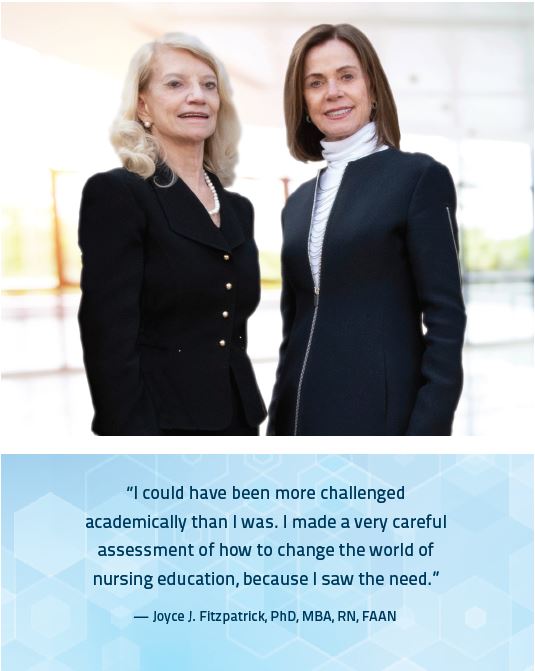 On of the first initiatives by the Marian K. Shaughnessy Nurse Leadership Academy began in spring 2019, with the launch of the DNP Post-Doctoral Leadership Lecture Series in New York. For the first lecture, Richard Boyzatis, the H.R. Horvitz Professor of Family Business and Professor of Organizational Behavior at Case Western Reserve, spoke on “Resonant Leadership: Inspiring Others Through Emotional Intelligence & Renewal.” More than 30 DNP faculty and alumni have committed to membership in a Founder’s Circle to guide the lecture series, with the next scheduled for August 2019 in the school’s new home in the Sheila and Eric Samson Pavilion on the Health Education Campus.

“Our graduates, in particular, have been in key leadership roles, including CEO of the American Nurses Association and the American Organization of Nurse Executives,” Fitzpatrick said. “We are a helping profession, and we want to help each other grow, develop, and change the world of nursing.”

Other plans include a deep dive into leadership science, studies of entrepreneurship and innovation in the field, and an emphasis on the sheer breadth of opportunity within the nursing industry and all the career possibilities that entails. Fitzpatrick is particularly encouraged by the presence of two nurses in the United States Congress, as of the 2018 elections — a great example, she says, of what can happen when nurses aim high.

“This is not just about Northeast Ohio — this is all over the country and beyond,” Fitzpatrick said. “Since 2001, nursing has consistently been identified by the public as the most trusted professional field. Now we can teach nurses how to view themselves that way, and change the existing situation.”