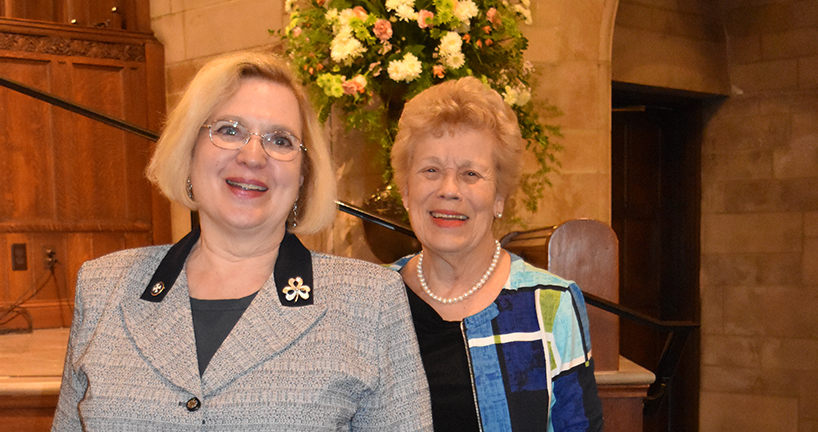 Last December, dozens of soon-to-be graduates of the Frances Payne Bolton School of Nursing crossed the stage of the Maltz Performing Arts Center at Temple-Tifereth Israel for the school's biannual Pinning Ceremony, a symbolic welcome into the nursing profession. 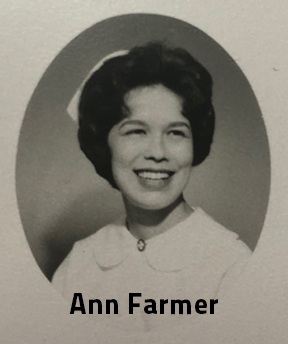 They were among the hundreds that received their pins over the years from Ann farmer and Barbara Flowerman, classmates who volunteer to hand out pins since receiving their own in 1963. Last semester's pinning brought back memories of another Temple ceremony and the unusual start of their lifelong friendship.

Ann and Barbara first met as freshman at the Flora Stone Mather College in 1958, when the BSN program of Western Reserve University still required a five-year nursing education. Over these years, they shared classes, attended events, and took on various roles within the School.

"We got to know each other better when I became class president and Barbara headed up the Stunt Night Committee," Farmer recalled. "I was in such awe that Barbara and her committee were going to plan an original production for our class to perform on stage that I asked to attend committee meetings ex officio."

Despite their time spent together at the school, it wasn't until Barbara's wedding day in July of 1961 that the uniqueness of their friendship began to take shape. With little money to spend on a wedding, Barbara and her future husband planned to be married in the Rabbi's study at what was then known as The Temple at University Circle. It would be relaxed, inexpensive and the perfect amount of space for their immediate families.

When the day finally arrived, Barbara decided it would be best to meet her family at the ceremony. 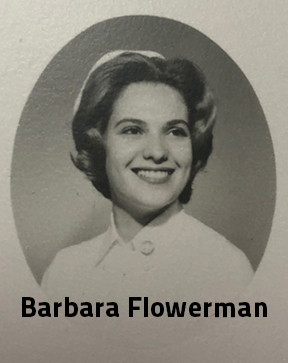 "My mother and sister were coming all the way from New Castle, Pennsylvania, and my mother was always nervous driving to unfamiliar places," she said. "I didn't want her to have to find both my dorm and the Temple. Besides, it was such a beautify day I figured I'd walk."

Farmer was also enjoying the summer weather when she saw the figure clad in bridal attire walking down the street.

"I was walking through campus when I suddenly see Barbara dressed beautifully in white from head to toe. We stopped to talk and she told me she was walking to the Temple for her wedding. I couldn't just let her go along so I insisted we go together."

Barbara says this was the moment she knew their friendship was special.

"I will always be grateful to her and never forget it. Annie thought the walk was a Jewish ritual she was going to mess up!"

Although a seemingly small moment in their extensive history, Barbara's first wedding lives on as one of their most unexpected and treasured memories.

"We've remained friends ever since then, and our lives have seemed to run in tandem," says Farmer. "Both of us have had two marriages and three last names. We graduated together, served on the alumni board together, sat at Blossom together when Barbara's husband played with the orchestra, and have volunteered at the Pinning Ceremony for decades."

"To this day we laugh about how it all began, and how we've gone down the same highway together," says Flowerman. "I can't wait to see where we head next."