The science of sleep

Better sleep could save lives, improve care for the sick and prevent chronic disease

Over the last decade, clinicians, scientists and the public have begun to realize precisely how connected sleep is to human health—discovering a relatively new area ripe for extensive research. 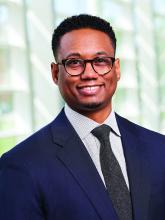 “Sleep is a process that helps us restore, but it actually impacts us at a cellular and biological level,” said Ron Hickman Jr., PhD, RN (CWR ’00; NUR ’02, ’06, ’13; GRS ’08, nursing), associate dean for research and the Ruth M. Anderson Professor of Nursing at Case Western Reserve University’s Frances Payne Bolton School of Nursing. “We’re learning more about how sleep and our circadian biology affect our health, neural pathways and even how cells function.”

And now, advances in technology allow researchers to study sleep in innovative ways. Gone are the days of needing to dosleep studies exclusively in laboratory settings. Instead, patients wear devices and sensors that accurately track their sleep patterns and biological markers in their home environments.

“It’s a relatively new frontier,” said Hickman. “We are now able to get moment-by-moment data.”

And that data, he said, will provide better insights into sleep health, potentially predicting—or even preventing—serious health conditions. 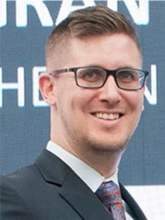 With an eye on the emerging scientific interest in sleep research, Hickman and other faculty members have launched research programs to explore the relationship between sleep and fatigue. Grant Pignatiello, PhD, RN (CWR ’13; GRS ’18, nursing), for example, recently studied how poor sleep affects the decision-making abilities of family members of intensive care unit (ICU) patients—individuals who are “often too sick to make decisions about their care,” said Pignatiello, who is also an instructor at the nursing school, “and rely on family members or loved ones to make choices for them.” And those family members, he said, are susceptible to prolonged states of anxiety, depression and acute stress.

In his study, Pignatiello and his team used wrist sensors to measure sleep quality. Then, they measured their subjects’ decision fatigue a few days later. They found poorer sleep was associated with higher levels of decision fatigue, which could impair these “surrogate decision-makers’” ability to make necessary—and sometimes irreversible—healthcare choices. For example, they may make decisions that don’t align with the patient’s values, delay making decisions until no options remain or avoid the responsibility altogether by deferring it to others.

His team’s research looks to reduce the decision-makers’ burden through interventions, such as FAMCOPE-ICU, a tablet-based application in its final stages of design that could provide customized coping and emotion-regulation strategies.

While Pignatiello focused on sleep as the key to sound decision-making, other researchers at the nursing school are curious about the sleep health of those with chronic conditions. 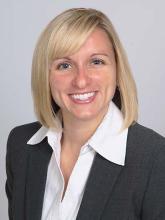 Forty percent of people struggle with sleep problems—a number that jumps to 75% for older people with HIV,” said Christine Horvat Davey, PhD, RN (GRS ’19, nursing), a National Institute of Nursing Research (NINR) K23 postdoctoral fellow at the university. “Poor sleep quality is associated with increased depression, cancer and cardiometabolic diseases, and it’s one of the most commonly reported symptoms for aging people with HIV.”

So with a three-year, K23 Mentored Patient-Oriented Research Career Development Award from NINR, Horvat Davey is investigating the effects of multimodal interventions, such as exercise, on the sleep quality—and, in turn, overall quality of life—of aging people with HIV. 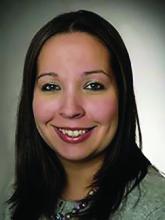 CWRU researchers’ efforts gained momentum in 2020 when Stephanie Griggs, PhD, RN, joined the nursing school faculty as an assistant professor. Griggs has spent years studying the role of sleep and circadian systems in people with Type 1 diabetes, and now is doing so with a grant from the NINR. Through her research and collaboration, Griggs is helping catalyze sleep research by identifying ways her colleagues can incorporate such studies into their own work.

“We all may study different populations and areas, but there’s commonality,” said Griggs. “That’s the best part of science—putting different minds and techniques together and figuring out a stronger way to address these problems,” Griggs said.

But what really moved the nursing school’s sleep research to the next level was when the National Institutes of Health (NIH) unveiled its Sleep Research Plan in 2021. Through this program, the NIH provides funding opportunities that align with its strategic goals, which are intended to show how sleep and circadian science can advance medicine and promote public health.

Responding to the NIH’s Sleep Research Plan, the school’s faculty members are positioning themselves to meaningfully contribute to advancing sleep and circadian science, including expanding research programs to explore the sleep quality of people impacted by social determinants of health. “We don’t know how certain socially vulnerable populations might experience sleep health disparities, so faculty have begun to address the pressing need to understand how social determinants impact sleep quality and potentially contribute to health disparities,” said Hickman. 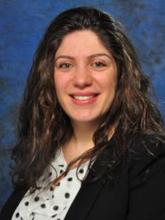 That's where assistant professor Elliane Irani, PhD, RN, comes in. As an expert in the dyadic relationships between patients and caregivers, Irani knows that caregivers take on an inordinate amount of stress that can lead to them neglecting their own needs. “They put their health in the background, and don’t pay as much attention to it until it’s too late to do something about it,” said Irani. That includes their sleep quality.

And then, the gap: According to the National Alliance for Caregiving and the American Association of Retired Persons, nearly one in four Black adults—approximately 7.2 million— serve as caregivers to an adult family member or friend. Compared with white caregivers, they are less likely to report being in excellent or very good health, and more likely to provide more high-intensity care with limited support.

When considered together, the stress of caregiving and the lack of quality sleep compounds the risk for serious disease. Irani wanted to narrow the focus on an especially vulnerable population: Black Americans, who are disproportionately affected by cardiovascular disease and report sleeping less than other groups, Irani said.

With funding from the NIH, Irani hopes to find ways to narrow this gap by examining the social determinants of sleep health and cardiovascular risk among African American family caregivers. Using wearable devices and sleep diaries, caregivers in Irani’s study will provide information about their sleep habits and daily experiences. Irani will focus on understanding how caregivers’ access to healthcare, their experience with racial discrimination and the support they receive from their neighborhoods and communities play a role in their health outcomes.

“We’re trying to understand what caregivers think they need to maintain their health and engage in healthy behaviors that would decrease their risk for stress and cardiovascular disease,” said Irani.

This commitment to sleep and circadian biology from the NIH and sleep centers and institutes across the country “has significant implications for public health,” Hickman said. “It’s a relatively new area of investment, and Frances Payne Bolton School of Nursing wants to be a major player in that space.

The science of sleep