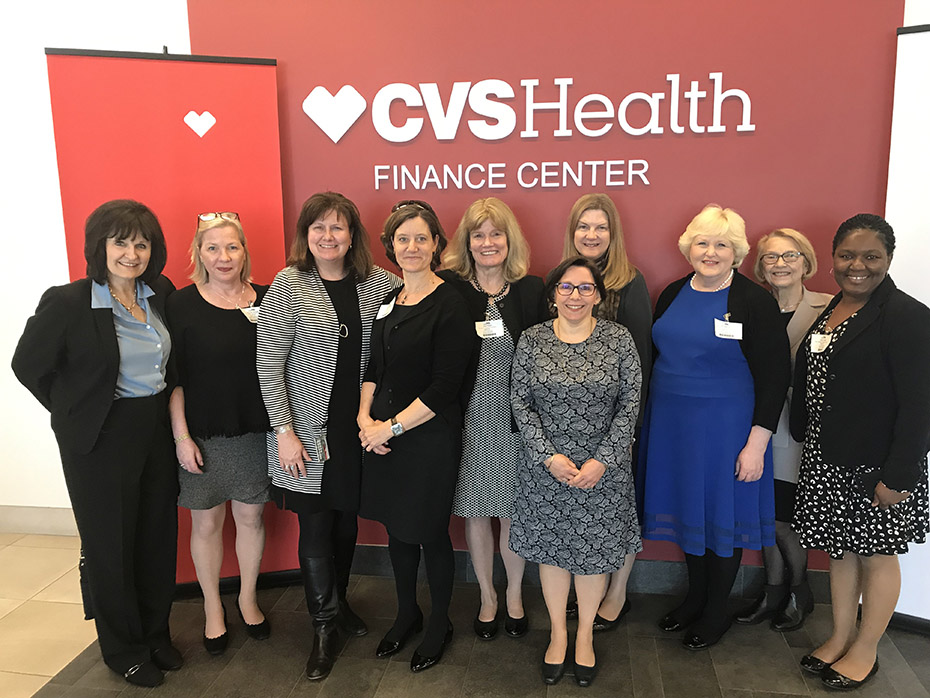 Mary Dolansky found herself in the middle of a family health predicament.

Years ago, her aging father-in-law, Robert, was battling the precarious edge of a heart condition, and Dolansky and her husband were split with indecision. After all, Robert’s heart medication, which made him dizzy and foggy-minded, cost $1,000 per dose. He was attached to a machine and immobile for most of his days.

As the Sarah C. Hirsch Professor at Case Western Reserve University’s Frances Payne Bolton School of Nursing, Dolansky, PhD, RN (GRS ’01, nursing), now faced an all-too common dilemma she had entrenched herself in after decades of research and practice in geriatrics: Who decides what is best in senior care? Them or me?

“He didn’t necessarily want to have an extended life, but a better quality of life,” Dolansky said. “Still, no one ever asked him, ‘What matters to you?’”

Dolansky’s question is at the root of a revolutionary movement in gerontology and care for older adults being propagated by nurse researchers at Case Western Reserve. It’s also a vital part of the “Age-Friendly Health Systems 4Ms” approach to chronic and ambulatory care for people ages 65 and up—an empathy-focused framework created by The John A. Hartford Foundation (JAHF) and Institute for Healthcare Improvement (IHI) that’s now being implemented at 1,100 MinuteClinics—inside select CVS Pharmacy locations—and being taught virtually to over 3,300 nurse practitioners and 1,200 practical nurses nationwide.

The brainchild of a CVS-CWRU partnership, with advising from the IHI, the Age-Friendly Health Systems 4Ms implementation is funded by the JAHF through an initial one-year, $945,000 planning grant followed by three-year, $2.44 million grant. It’s an initiative based on decades of evidence among three esteemed research organizations and dozens, if not hundreds, of experts in geriatrics.

“It reflects a new paradigm of health care,” Dolansky said.

The 4Ms approach to care—“What Matters?”“Medication,” “Mentation” and “Mobility”—could not come at a better time, it seems, in the world of American health care. Besides the obvious risks to aging adults during the Delta variant phase of COVID-19, the senior population is only getting older—and quick. U.S. Census data predicts this age group will nearly double in size by 2035, from 49 million to 78 million, and occupy about 24% of the population by 2060. Couple this with decades of unsolved elder abuse, over-prescribing, and the pandemic’s amplification of nursing home vulnerability, and you get a perfect storm that beckons a clarified solution, said Terry Fulmer, PhD, RN, president of The John A. Hartford Foundation, a philanthropic organization focused on improving older adult care.

One of the nation’s leading experts on geriatric care and a former visiting professor at Case Western Reserve, Fulmer decided to face head-on the U.S.’s longstanding gap in senior care, abetted by her three decades of solutions research in elder abuse. In the fall of 2017, as a leading board member of the IHI, Fulmer and a panel of a dozen geriatrics experts reviewed 17 geriatric research models and selected 90 critical features. After an intensive review, national experts and IHI chiseled the array of concerns to just four “vital few.” Then, the “elegant” 4Ms Framework was born, Fulmer said.

“If you want health care professionals to be reliable and effective in their work, you need a simple way of doing things,” Fulmer said. “People just want simplicity out of complexity. Why not do the same for our care providers?”

Fulmer had her sights set high. She and IHI wanted to see the Age-Friendly 4Ms flourishing in 2,600 U.S. hospitals, nursing homes, private practices and care clinics by June 2023. Yet, what Fulmer lacked was a ready-to-go petri dish, one that could test out and install the 4Ms Framework and verify its reliability in any setting.

Dolansky and former Frances Payne Bolton School of Nursing Dean Mary Kerr were already partnering with CVS Health to pursue the possibilities of implementing academic-driven, evidence-based care into their nearly ubiquitous MinuteClinic locations (50% of Americans are within a 10-mile radius of one).

At CVS Health, MinuteClinic Chief Nurse Practitioner Angela Patterson, DNP, and Clinical Quality Director Anne Pohnert, FNP, were lit up by the idea of evolving MinuteClinic’s quick, ambulatory care to a more in-depth, chronic brand of health care. Dolansky and Kerr then connected with Fulmer to gauge her interest in such a three-pronged collaboration. In September 2017, they all met with high hopes.

Dolansky felt a meeting of the minds was momentous. After all, she and the nursing school had been—just like Patterson and Pohnert—on a hunt for a “big initiative that would make a big impact in improving geriatric care” across the country.

“We were all like-minded, looking for ways to ensure quality care delivery with a focus on older adults,” she recalled. “It was an opportunity to have a national lab on how we get health care professionals to change their practice. And do it, this time, with evidence and a simple solution.”

It was June of 2020 when Robin Hughes, a gerontology nurse practitioner at Case Western Reserve, began spearheading what was the largest project launch in her nursing career to date. The only glaring rub: The team would be setting up the 4Ms initiative in midst of the worst global pandemic in a century.

What the co-principal investigators, Dolansky and Pohnert, and their team planned to start that April was pushed back to the summer, and the thousands of practitioners slated to absorb new age-friendly workflows were now inundated with triaging patients infected with COVID-19—especially those in upper age brackets. Now, with a JAHF planning grant to follow through on, Hughes transitioned, like most of the team in the throes of the pandemic’s spike, from cynicism to self-assured optimism.

“We knew it would be challenging and could possibly cause our project to temporarily be put on hold,” Hughes recalled. On top of a decreasing intake rate from patients ages 65 and above, Hughes also had to cancel all in-person meetings. “We knew we had to pivot a bit with the implementation plan.”

As the coronavirus swept the country, killing swaths of seniors in nursing homes and sending hordes of others to intensive care units, Patterson and Pohnert knew, like others, that COVID-19 was a now-or-never call-to-action rather than a reason to call things off.

While businesses from Manhattan to Silicon Valley shifted to Zoom and Microsoft Teams as coworking tools, Hughes and her colleagues made a similar decision. Using the “vast majority” of the planning grant, Hughes and the professional development team, led by Evelyn Duffy, DNP (NUR ’04), created online learning modules and a virtual MinuteClinic, led by Brian Crick, complete with a cast of exemplifying patients, to train the 3,000-plus MinuteClinic providers in a world fraught with social-distancing concerns.

Using a simplified process chart created by the CWRU and MinuteClinic implementation team, the virtual clinic astutely prepared MinuteClinic caregivers in the step-by-step workflow of age-friendly care. The questions would’ve been familiar to practitioners, Hughes said, yet they were whittled down so MinuteClinic’s 18-minute typical visit time wasn’t too far breached. And they all pertain to the individual: Ask the patient “what makes life worth living” or “what makes tomorrow a really great day” (What Matters?); observe their gait, posture, reliance on the exam table or walls for balance (Mobility); check if they have any high-risk medications, such as opioids or tranquilizers, that may be hurting rather than improving their life (Medication); and assess for mood and memory (Mentation).

It’s that last portion of the 4Ms that Hughes has noticed may be the most controversial—with both practitioners and patients alike.

“We try to say that [mentation is] not an indictment. But that [mood and memory], it’s almost a fifth vital sign,” Hughes said. “We did have a couple of older adults interviewed who were hesitant about the 4Ms mentation assessment, but we use these encounters as an opportunity to teach healthy aging.”

What Hughes and the evaluation team, led by Nicholas Schiltz, PhD (GRS ’13, epidemiology and biostatistics), discovered was expected by experts in geriatrics history. After all, Fulmer said, many Baby Boomers are accustomed to a “tell me what’s wrong, and I’ll give you a pill” type of approach to outpatient care. Throw on top of that COVID-era social isolation, poor dietary habits and a lack of exercise, and enlightening seniors on why the Age-Friendly 4Ms’ holistic care approach is beneficial can seem even more daunting.

Some practitioners also were hesitant to embrace the approach, Patterson said. Despite being encouraged to train, via monthly webinars and CWRU’s virtual clinic software, several holdouts expressed worry that visits were too brief to allow in-depth personalization.

“A lot were like, ‘How do I do one more thing? I’m really busy,” Patterson said.

“It comes down to time,” added Pohnert, who is also a Doctor of Nursing Practice student in Frances Payne Bolton School of Nursing’s Practice Leadership Program. “Time is challenging.”

The solution to practitioner doubts: Arm them with backup cheat-sheet laminated cards; revamp their EPIC record system with a 65-and-older 4Ms tab that includes tools to easily include mentation screening and identify high-risk medications; and reward repeat implementers with a badge of “Committed to Care Excellence.”

“It’s one thing to participate,” Pohnert said. “It’s another to be committed to the practice.”

For the majority of his childhood growing up in upstate New York, Cory Adrian was close to his grandparents—they both lived down the street from him. “Dinner, coffee, cookies—I was spoiled,” he said. Even when he relocated to Austin, Texas, to work as a medical surgical nurse, and then as a regional quality lead for MinuteClinic, he called them at least once a week.

At 31, Adrian is a practitioner of the 4Ms. Since last June, when he completed the virtual clinic training, Adrian has been steadily implementing what he now sees as “a bridge and a gap to primary care.” While older adults aren’t as excited by new care campaigns, Adrian still estimates about 90% of the age 65-plus patients he’s seen are “very receptive.”

Even, he noted, those hesitant of delving deep into their own cognitive concerns for a Mentation assessment. Many of Adrian’s patients have balked at the notion of taking a spontaneous PHQ-9 test, having to quickly draw a clock, or repeat a seemingly mundane array of randomized words (“banana,” “sunrise,” “chair”). So far, his solution to hesitancy seems in line with Fulmer’s edict: “Leading into [the visit] with an empathetic approach.”

And although Adrian’s grandfather died recently, his aura comes back from time to time, especially with this age-friendly focus.

“How would I want my grandparents cared for by the health care provider? That made me have a sweet spot for this,” Adrian said.

Despite the suffering and disruption of COVID-19, Fulmer and her partners are confident that a pandemic-era silver lining will speed up a revolution in geriatric care.

“The Age-Friendly 4Ms movement is here to stay,” Fulmer declared.

As for Dolansky, who lost her father-in-law to heart failure shortly after his medication was stopped, the Age-Friendly 4Ms movement continues to be both practical and personal. She reflects on his final months from time to time, wondering how his end days would’ve been if he’d been treated differently, with evidence-based care.

“He was  happy at the end of his life,” Dolansky said. “Doing the things he wanted to do.”

Her COVID-19 experience, she said, has only deepened her passion to advance the effective, efficient scientific implementation of evidence-based geriatric care into practice.

The academic-practice team is a cross-institutional effort to implement the Age-Friendly Health Systems 4Ms at CVS Health’s MinuteClinic locations.