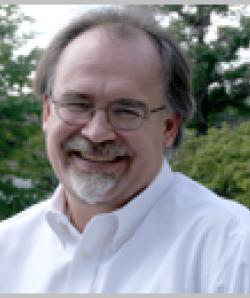 Ric Kruszynski, MSSA ('93), LISW-S, LICDC-CS, is Director of the Center for Evidence-Based Practices (CEBP) in the Begun Center for Violence Prevention Research and Education, Jack, Joseph and Morton Mandel School of Applied Social Sciences at Case Western Reserve University. The CEBP disseminates several service strategies and models, including the following:

In his role with the Center, Mr. Kruszynski leads a team of highly experienced consultants, trainers and program evaluators who provide technical assistance (program consultation, clinical consultation, training, and evaluation) for multiple evidence-based practice models on behalf of the State of Ohio, the State's county boards of mental-health and substance-abuse services, and numerous community-based service organizations. After nearly 20 years of community based direct practice and program administration, Mr. Kruszynski began with the Center in 2002 as the lead consultant and trainer in the State of Ohio's dissemination of IDDT as part of the National Implementing Evidence-Based Practices Project, sponsored by the U.S. Substance Abuse and Mental Health Services Administration (SAMHSA). Since then, he has been providing consultation and training nationally to federal, state, and local health authorities and to policymakers and community programs in many other states as well as internationally, with programs in the Netherlands, England, Australia, Canada and Norway.

In 2004, Mr. Kruszynski contributed to "Building Bridges," a SAMHSA/CMHS publication on dual disorders, and in 2009, he contributed to another SAMHSA publication, titled "Integrated Treatment for Co-Occurring Disorders: The Evidence." In 2014, he began assisting SAMHSA with revisions to the Integrated Treatment for Co-Occurring Disorders Toolkit as a content expert. Mr. Kruszynski has co-authored journal articles and several book chapters, including one about Integrated Dual Disorder Treatment in Evidence-Based Mental Health Practice: A Textbook, which focuses on multiple evidence-based practices, as edited by colleagues from the Dartmouth Psychiatric Research Center. In addition, he has also authored and co-authored many training and technical-assistance modules and manuals, including "Implementing IDDT: A Step-By-Step Guide to Stages of Organizational Change," published by the Center for Evidence-Based Practices at Case Western Reserve.

Mr. Kruszynski's work with integrated treatment was featured in the cover story of the November/December 2008 issue of Social Work Today.

As a licensed independent social worker and licensed independent chemical-dependency counselor, Mr. Kruszynski brings insight from his experiences in multiple systems of care to his work as the Director of the CEBP. These include extensive knowledge of the facilitators of and barriers to the integration of clinical services. Over the past 37 years, Mr. Kruszynski has developed an expertise in clinical practice, supervision, and program management on the topic of co-occurring mental illness and substance use disorders as well as an expertise in technology transfer—the translation of research knowledge into policy and practice. He has been training in the areas of substance-abuse prevention, assessment, and treatment since 1986. He is a 1993 graduate of the Mandel School.