Join this roundtable discussion among officials of four Federal Reserve Bank districts as they share their perspectives, roles and the latest innovations to promote greater racial equity and economic inclusion in the communities they serve. 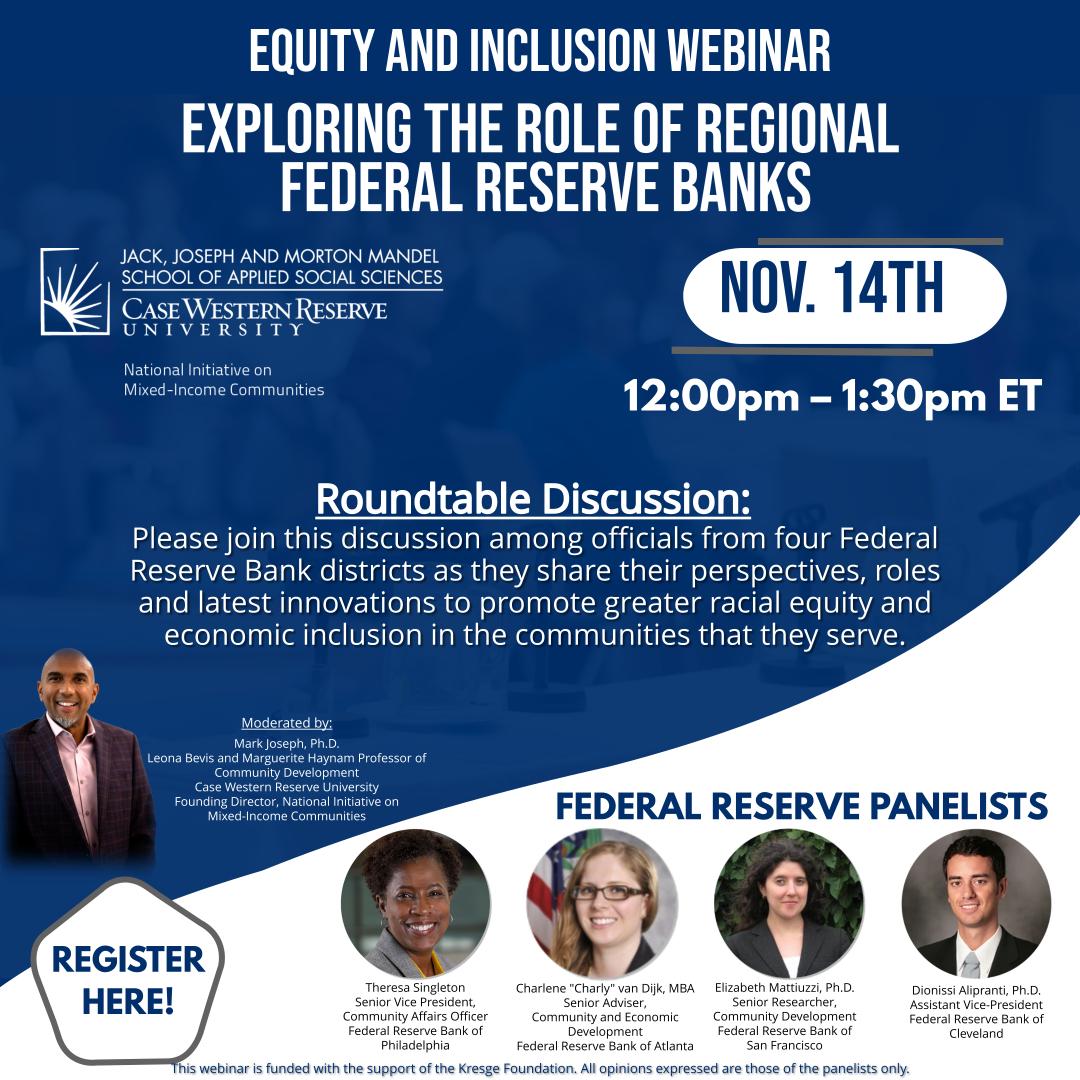