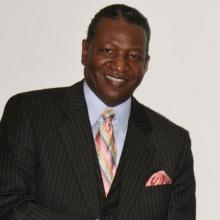 During Mickel’s time as president for the College of Diplomates, the organization donated $25,000 to the AAE Foundation, leaving a lasting legacy as one of the first auxiliaries to donate to the foundation, providing funding for endodontic residents and students, faculty meeting registration and research.

Mickel enjoys giving lectures around the world, and has been invited to speak over the years in various countries, including Saudi Arabia, Egypt and Lebanon. Given the constraints of COVID-19, he continues to present virtually, with speaking engagements coming up for the California Dental Association and Michigan Dental Association meetings.

He also served as a site visitor for the Commission on Dental Accreditation. Mickel is the faculty advisor for the dental chapter of the Christian Medical and Dental Association.

Outside of dentistry, he serves on the university’s Committee on Women Faculty and is pursuing a Doctor of Divinity degree, after he earned his master’s in divinity.

Mickel is proud to have his son Alexander Mickel continue the Case Western Reserve School of Dental Medicine tradition as a first-year DMD student. 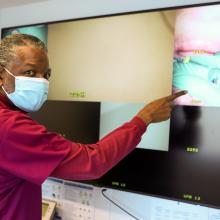 The Department of Endodontics in the School of Dental Medicine focuses on the cause, diagnosis, prevention and treatment of disease of the dental pulp and the tissues surrounding the root of a tooth. Just as notably, the program also specializes in preparing the next generation of high-quality endodontists to become board certified.

The proof of this success is in the numbers. While only about 25% of endodontists worldwide are board certified, 100% of the Case Western Reserve University endodontic residents have taken and passed the written exam to become board certified since 1998—an unprecedented accomplishment.

Recently, the College of Diplomates of the American Board of Endodontics interviewed Andre Mickel, chair of the Department of Endodontics and director of the Postgraduate Endodontic Program, for the organization’s 25th anniversary, recognizing his achievements in the profession and unwavering commitment to mentoring future professionals.

In 1998, Mickel became the first board-certified endodontist in the history of the endodontics program at Case Western Reserve. Just two years prior, in 1996, he was named the program’s director, one of the youngest to have this role, and the first African American program director of a postdoctoral endodontic program in the world. He then became chair in 2010.

Mickel began his leadership journey with the College of Diplomates in 2006 as the director of mentoring. In 2010, Mickel was named the president of the College—again as the youngest to hold the position and the only African American president of the organization to date.

On top of making an impact in his field, Mickel is committed to cultivating a program steeped in family values.

Over the years, the Endodontic Residency Program has welcomed residents from five continents. As represented on the map of the world Mickel uses to showcase where his students are from, the university truly is a destination of choice for endodontics education.

With this global representation, Mickel encourages the continuous celebration of each other’s cultures, traditions and values—creating a family environment.

“We have a saying, it’s called ‘number 10,’ that we say to each other,” said Mickel. “If you ask residents over the years what that means, that means I love you. We love to think of ourselves as a family.”

A legacy of participation and recognition 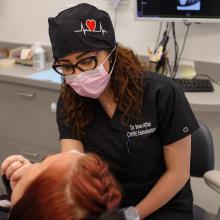 Each endodontic resident presents their research at a number of notable meetings hosted by the Ohio Dental Association, Ohio Association of Endodontists and American Association of Endodontists (AAE), including the AAE’s annual meeting which is the largest endodontist meeting in the world—again an ongoing program achievement since 1998. Over the last 15 years, residents have won at least one out of the 10 poster awards presented to programs around the world during the annual AAE meeting, as well as awards during the ODA meeting.

Residents also participate in the nationwide Endolit final exam in May. Last year’s graduating residents all ranked in the top 20, with Kerolos Elsayed receiving the highest score.

In addition to involvement in the speciality field, the endodontics program has a long-standing focus on supporting School of Dental Medicine initiatives, including presenting at Professionals Day and participating in Give Kids a Smile Day.

Mickel emphasized the importance of the department participating in larger dental school efforts, and recognized the hard work of the faculty and staff members across the school—particularly the preceptors who provide critical student and patient support. 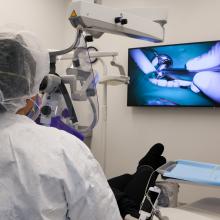 In the state-of-the-art endodontics facility, residents work through a surgical operating microscope, something typically used in the operating room by ophthalmologists, neurologists and ENT doctors. “We like to say, it’s no longer just endodontics, it’s microsurgical endodontics,” said Mickel.

Residents use the microscope when working with patients, showcasing what they’re seeing in the mouth on a large Smart TV. There is also a megascreen in the clinic, allowing for Mickel and other faculty to view what each resident is doing through the surgical operating microscope and help them step-by-step through the process. 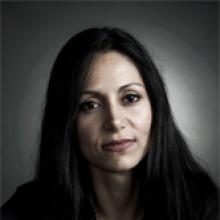 The Department of Endodontics is supported by best-in-class faculty and staff, including Anita Aminoshariae, professor of Endodontics and director of the Predoctoral Endodontics Program, and Heidi McKee, department assistant who has been an integral member of the team for 10 years.

Aminoshariae continues to make notable contributions to the school and profession, and was recently named associate editor of the Journal of Endodontics, the number one journal for the specialty worldwide. This prestigious three-year post was announced by the American Association of Endodontists—a global resource for knowledge, research and education for the profession, members and the public.

Aminoshariae was also named the American Dental Association (ADA) spokesperson on the topic of opioids in dentistry in 2019, served as an ADA member on the Council on Scientific Affairs from 2014-2018 and now acts as a consultant for the Council.