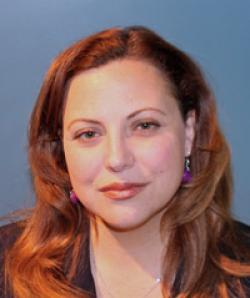 Shannon E. French is the Inamori Professor in Ethics, Director of the Inamori International Center for Ethics and Excellence, and a tenured member of the Philosophy Department at Case Western Reserve University in Cleveland, Ohio. She also has secondary appointments as a professor in the CWRU School of Law and the Department of Bioethics. Prior to starting at CWRU in July of 2008, she taught ethics for eleven years as a tenured Associate Professor of Philosophy at the United States Naval Academy in Annapolis, Maryland, and served as Associate Chair of the Department of Leadership, Ethics, and Law. Dr. French received her B.A. in philosophy, classical studies, and history from Trinity University (San Antonio, Texas) in 1990 and her Ph.D. in philosophy from Brown University (Providence, Rhode Island) in 1997.

Dr. French’s main area of research is military ethics, especially conduct of war issues, ethical leadership, command climate, sacrifice and responsibility, warrior transitions, ethical responses to terrorism and the future of war. Her 2003 book, The Code of the Warrior: Exploring Warrior Values, Past and Present, features a foreword by former POW Senator John McCain and includes chapters on the warrior codes of the ancient Greeks, Romans, Vikings, Celts, Native Americans, medieval knights, Chinese warrior monks and Japanese samurai, as well as on new challenges to the warrior’s code in the context of modern combat. She is an associate editor for the Journal of Military Ethics and for the Encyclopedia of Global Justice and editor-in-chief for the new International Journal of Ethical Leadership. Her scholarly interests also include business/corporate and organizational ethics, bioethics, environmental ethics, meta-ethics, and moral psychology.

Dr. French has presented papers at international conferences throughout the U.S. and in France, England, Australia, Canada, and Norway. In 2004, she helped design and present a series of intensive four-day training seminars on moral reasoning and ethical advisement for the Navy’s Chaplain Corps at Navy and Marine Corps bases around the U.S. and in Naples, Italy and Okinawa, Japan. Dr. French and her colleagues were invited back in 2006 to create and present a second series of seminars to the Chaplain Corps on the subject of character development. In 2010, Dr. French and the Inamori Center hosted an International Peace and War Summit, with participants from 15 countries and six continents.

At the U.S. Naval Academy, Dr. French taught “Moral Reasoning for Naval Leaders” (the core ethics course), “The Code of the Warrior,” and other electives. In 2000 she was awarded USNA’s campus-wide Apgar Award for Excellence in Teaching for demonstrating “effectiveness in teaching the qualities of leadership, with special emphasis on character, responsibility, and integrity.” At Case Western Reserve she teaches “War and Morality,” “Global Corporate Ethics,” and “Ethics,” for the Philosophy Department and the Law School, as well as character and ethics seminars for the School of Medicine, workshops on research ethics, and guest lectures on character development, ethical leadership, and engineering ethics. She founded a new student organization at CWRU, the Global Ethical Leaders Society (GELS). In addition, she works with local high schools to enhance their ethics curricula.

Dr. French frequently presents on topics in ethics and does ethics training for corporations and non-profit organizations. In 2010, she represented the United States during International Week at the Rouen Business School in Rouen, France, giving three two-hour presentations on business/corporate ethics. She presents annually to each cohort of Abshire-Inamori Leadership Academy (AILA) Fellows at the Center for Strategic and International Studies (CSIS) in Washington, DC.

Dr. French on the Radio 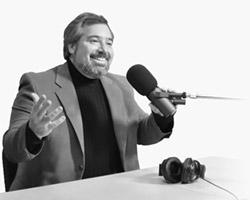 Hear Shannon E. French, Ph.D., the Inamori Professor of Ethics and Director of the Inamori International Center for Ethics and Excellence as a regular participant on Talking Foreign Policy. Produced by Case Western Reserve University in partnership with WCPN 90.3 ideastream, Talking Foreign Policy is a one-hour radio program, hosted by CWRU Law Professor Michael Scharf, in which experts discuss the salient foreign policy issues of the day.