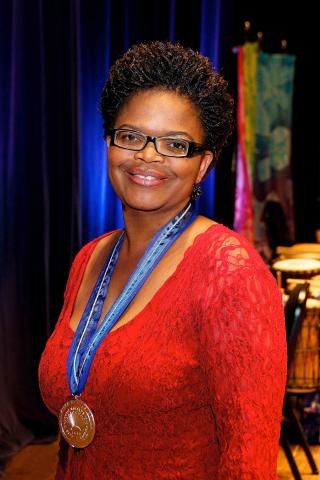 Human rights lawyer Beatrice Mtetwa has spent the last 20 years defending journalists and resisting government corruption in her home country of Zimbabwe. Born and educated in Swaziland, Mtetwa was the first member of her family to graduate from college. After earning her law degree, she worked as a prosecutor in Swaziland before moving to Zimbabwe, where her career focus began to shift to family law and human rights.

In her two decades defending domestic journalists, foreign correspondents and victims of human rights violations against Zimbabwe’s restrictive government, Mtetwa has been physically attacked and faced threats against her life. Yet despite such adversity, she continues to fight for freedom and the ideals of democracy. In addition to other journalists’ rights, Mtetwa champions a variety of other social causes, including eradicating AIDS and poverty, protecting the rights of women and children, preserving the essential freedoms of peaceful assembly, association and speech, and helping poor farmers wrongfully evicted from their land by the government.