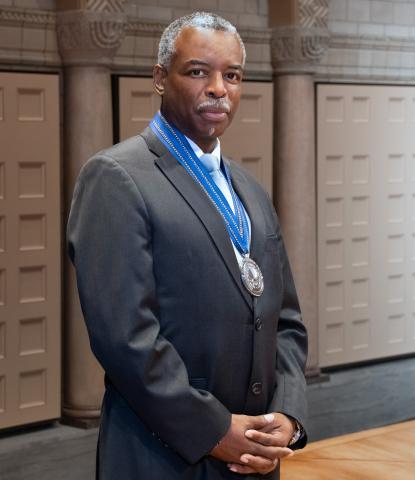 The Inamori International Center for Ethics and Excellence at Case Western Reserve University has selected LeVar Burton, a renowned actor and advocate for children's literacy and AIDS research, as the recipient of the 2019 Inamori Ethics Prize. Case Western Reserve has awarded the Inamori Ethics Prize annually since 2008 to individuals who have made significant and lasting contributions as global ethical leaders.

Burton is the first Inamori Ethics Prize recipient to be honored for ethical leadership in the Arts. His work for children's literacy through the long-running PBS children's series Reading Rainbow and his nonprofit RRKIDZ has had a profound impact around the world, as has his support for more funding for AIDS research. As an actor, he is best known for his powerful performance as Kunta Kinte in the mini-series Roots (based on the book by Alex Haley on slavery in America) and his role as engineer Geordi La Forge on the TV series Star Trek: The Next Generation and related films, which portray a positive and just future for humanity.

Burton received the 2019 Inamori Ethics Prize during a ceremony and academic symposium held on the campus of Case Western Reserve University during September 19-20. He delivered a public lecture and participated in a panel discussion.