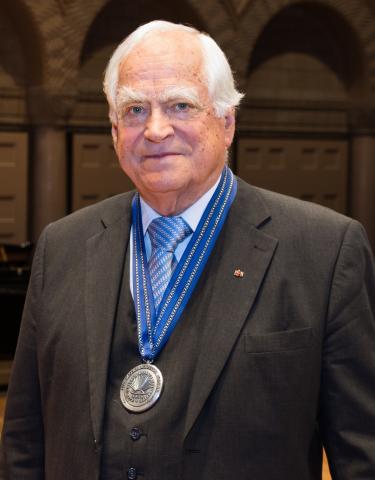 Peter Eigen, founder of Transparency International and pioneer of the global fight against corruption, received the 2016 Inamori Ethics Prize.

Eigen has developed and led groundbreaking initiatives to improve governance and raise awareness of the devastating effects of corruption on economic growth, social welfare and justice.

Eigen, a lawyer by training, has worked in economic development for several decades. He has seen how abuses of power can undermine the public’s trust and cost people their freedom, health, money and, sometimes, their lives.

Following positions with the World Bank in Latin America and Africa, Eigen founded Transparency International (TI) in 1993. With chapters in more than 100 nations, TI has become the leading non-governmental organization promoting transparency and accountability in development. TI collaborates with governments, businesses and citizens to stop the abuse of power, bribery and secret deals. The organization’s impact spans the public sector and industries ranging from finance to oil to sport.