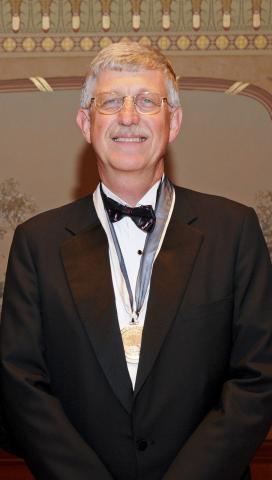 The inaugural Inamori Ethics Prize was awarded in 2008 to physician-geneticist Francis S. Collins, who was recognized for his principled leadership of the Human Genome Project and understanding of the project’s potential for improvement of humankind. Noted for his landmark discoveries of disease genes, Collins serves as the National Human Genome Research Institute Director at the National Institutes for Health, where his laboratory is dedicated to researching rare and common gene-related diseases. His laboratory has discovered genes responsible for cystic fibrosis, neurofibrosis, Huntington’s Disease, adult-onset diabetes and Hutchinson-Gilford syndrome.