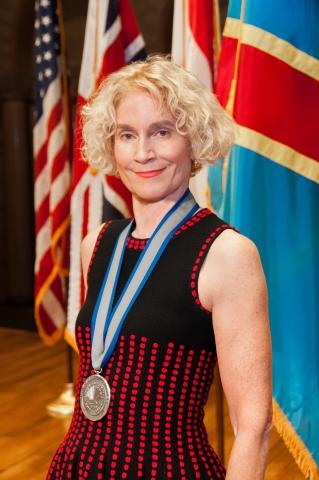 Nussbaum is an American philosopher and one of the world’s leading intellectuals, particularly on issues of moral and political theory, education, social equality, emotions, feminism, and ancient Greek and Roman philosophy. She is the Ernst Freund Distinguished Service Professor of Law and Ethics at the University of Chicago, with appointments in the philosophy department and the law school.

Professor Nussbaum's work has been at the forefront of the principal contemporary ethical issues. Along with economist Amartya Sen, Professor Nussbaum reoriented conversations of international welfare efforts away from exclusive focus on GDP and toward the capabilities of a nation’s individuals. She is a Founding President of the Human Development and Capability Association, and has received prizes and 51 honorary degrees from institutions across the globe.