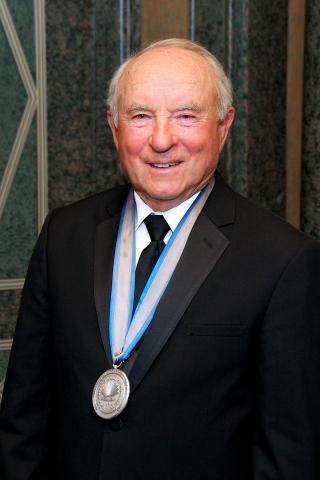 As the founder of Patagonia, Yvon Chouinard is one of the most successful and ethical outdoor industry businessmen alive today. Business journalist Kristall Lutz recently described Chouinard as “THE pioneer in corporate social responsibility.”

Through his innovative designs and grassroots efforts, Chouinard’s company, Chouinard Equipment, became the largest supplier of climbing hardware. However, he realized that the use of his products by climbers was much to the detriment of the environment. Determined to end this negative impact, and building on his core belief to “climb clean,” in 1972 Chouinard introduced and patented new aluminum chocks that would not harm the rock. Whereas his best selling pitons had caused harm to the cracks in the rocks in Yosemite, his new product line did not damage the surfaces where they were used. This was the first major business decision he made on behalf of the environment. It revolutionized rock climbing and led to the further success of the company, despite destroying the sales of pitons (formerly his most important and lucrative product).

Chouinard is most noted for creating the clothing and gear company, Patagonia, Inc. With Chouinard at the helm, Patagonia has been innovative in the quest to protect the environment, even if it hurt the company’s bottom line. Chouinard has consistently shut off his business’s most profitable enterprises for the sake of the environment in his goal to, “create the best quality with the least impact.” Recognizing that the financial success of the company provided the opportunity for his employees to achieve personal goals, Chouinard committed the company to fostering employee wellness and being an outstanding place to work. Patagonia has a cafeteria offering mostly healthy, vegetarian fare. The company also provides on-site daycare and flexible work schedules for employees. Chouinard’s 2005 book, Let My People Go Surfing, explores the unique corporate climate at Patagonia.

Chouinard's primary goal is protecting the environment. He gives financial incentives for employees to work on local environmental projects. In 1985 he instituted the Earth Tax, through which Patagonia has committed one percent of sales to grassroots environmental organizations, totaling millions of dollars.