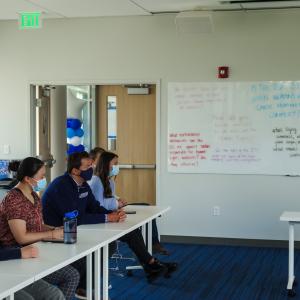 During the Spring 2022 semester, students at Case Western Reserve University in PHIL 336/436: Military Ethics, the Military Profession, and International Law, had the opportunity to learn from Inamori Distinguished Visiting Scholar in Military Ethics, Prof. Pauline Shanks-Kaurin. The course focused on emerging and critical issues to Military Ethics including a focus on Ethics of Care, Moral Injury, and international perspectives in Just War Thinking. The course also focused on the Russo-Ukrainian War which erupted in hostilities after classes had begun.

Guest speakers* who joined the course:

*All military members appeared in their personal capacities and not as representatives of or speaking for their respective organizations; all views they expressed were their person views alone.