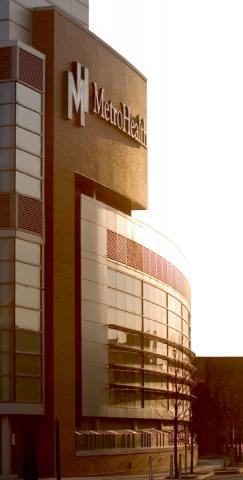 The MetroHealth System is ranked in the top 20 hospitals in Ohio, and is considered high performing in three adult specialties by U.S. News & World Report. MetroHealth is considered the safety net hospital for the residents of the City of Cleveland and Cuyahoga County, and is one of three major healthcare systems in Cleveland.

MetroHealth was founded in 1837. It consists of four hospitals, four emergency departments, more than 20 health centers, and 40 additional sites throughout Cuyahoga County. From its central campus near Downtown Cleveland, the hospital leads community health initiatives and is considered a catalyst for revitalization on the West Side. In the past year, MetroHealth has served 300,000 patients at more than 1.4 million visits in its hospitals and health centers—75% of whom are uninsured or covered by Medicare or Medicaid.

The hospital is home to the most experienced Level I Adult Trauma Center in Cuyahoga County. The Center has been verified since 1992, and is the only adult and pediatric burn center in the state. For nearly 40 years, the hospital has also maintained an internationally recognized air ambulance service. Known as the Metro Life Flight, the service has completed over 50,000 air medical missions and has trained international teams from around the world.

MetroHealth broke ground on a new hospital in late 2018. The building, and the 25 acres of green space around it, will be devoted to creating a healthier, revitalized community. In the past five years, MetroHealth's operating revenue has increased by 44.5% and its number of employees by 21%. Today, its staff of 7,700 provides care at MetroHealth's four hospitals, four emergency departments, more than 20 health centers, and 40 additional sites throughout Cuyahoga County. 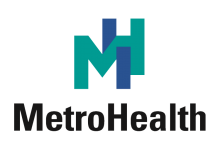 As an academic medical center, MetroHealth is committed to teaching and research. Each active staff physician holds a faculty appointment at Case Western Reserve University School of Medicine, and the majority of certified anesthesiologist assistants at MetroHealth serve as clinical instructors to first- and second-year students in Cleveland.

The Master of Science in Anesthesia Program has maintained a close relationship with MetroHealth since establishing a formal contract with the system in 1991. As a primary affiliate, MetroHealth offers clinical rotations for CWRU MSA students, including key specialty rotations for second-year students.