Leadership Transition for the Center for Global Health and Diseases (CGHD)

I am pleased to announce that Dr. Adam Burgener has been appointed Director of the Center for Global Health and Diseases (CGHD).

Adam is a Professor in the Department of Pathology at Case Western Reserve University (CWRU) School of Medicine and will hold the Adel Mahmoud Professorship of Global Health and Vaccines.  The CGHD brings together a collaborative interdisciplinary team of infectious disease scientists, physicians, and epidemiologists to study mechanisms of susceptibility and control of global infectious disease, with an emphasis on those in low- and middle-income countries.  Recently, the center has been a successful hub of collaborative COVID19 research activities, especially the transmission, epidemiology and immunology of SARS-CoV2 infection. 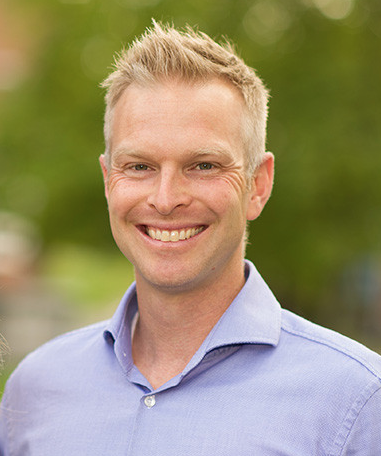 Dr. Burgener takes over from Dr. James W. Kazura, Distinguished University Professor, who has served as the Director of the CGHD in the School of Medicine since its inception in 2002, where he held the Adel Mahmoud Professorship of Global Health and Vaccines.  Dr. Kazura has been a member of the CWRU faculty since 1978 and also served as the Director of the Division of Geographic Medicine in the Department of Medicine from 1988 to 2002, prior to its transition to the CGHD.  Under his leadership, the CGHD has thrived as an interdisciplinary center of excellence whereby educational and research activities within the School of Medicine and CWRU community can be brought to bear on global health issues pertinent infectious disease control and elimination.   Dr. Kazura and his colleagues at the CGHD have worked in collaborative networks in endemic areas of tropical Africa, the Asia-Pacific and Latin America using the tools of immunology, molecular biology, immunology, genetics, epidemiology and implementation science to study malaria, parasitic worm infections, and select viral diseases.   Kazura has been the recipient of multiple research and training grants from the NIH and non-governmental organizations (Rockefeller Foundation, Burroughs-Wellcome Fund, Bill & Melinda Gates Foundation). He has served on multiple NIH study sections and as an advisor to the World Health Organization, Wellcome Trust and US NIH-Japan Joint Medical Sciences program. He is an elected member of the American Society of Clinical Investigation and American Association of Physicians.

Dr. Burgener previously worked at the National HIV and Retrovirology Labs at the Public Health Agency of Canada as the Head of Proteomics, and he holds academic cross-appointments with the University of Manitoba in Canada and the Karolinska Institute in Sweden.  His research program is to understand the role of mucosal biology in infectious disease.  His lab specializes in proteomics and systems biology techniques to study mucosal immunity and the microbiome, and how these factors play a role in susceptibility, pathogenesis, and treatment of HIV and other infectious diseases. His lab discovered that the microbiome can affect the efficacy of antiretroviral-based pre-exposure prophylaxis for HIV prevention in women and developed understanding of mucosal inflammation processes important in the transmission and pathogenesis of HIV. His lab has collaborations that involve research on human cohorts in Africa, Canada and the United States. Dr. Burgener holds research funding as principal investigator from both the Canadian Institutes of Health Research and the National Institutes of Health. He leads two prestigious CIHR Team Grants studying the microbiome in cervical cancer disease progression as well as HIV prevention in African women.  He has received national scientific achievement and new investigator awards in Canada from the Canadian Institutes of Health Research, Canadian Association for HIV Research, and the Public Health Agency of Canada.  Dr. Burgener obtained his Ph.D. at the University of Manitoba and performed his post-doctoral work at the National Microbiology Lab in Canada, where he studied the transmission of HIV in sex workers from Kenya.

Please join me in congratulating Dr. Burgener in his new role at CWRU.  Cliff Harding, Chair

Back to News and Events