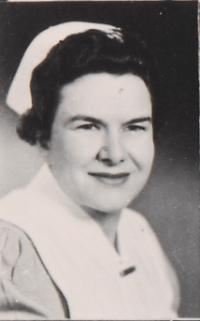 Founded in 2002 as the National Flight Nurse Academy, the world's first dedicated flight nursing program, was renamed in 2011 in honor of aviator, nurse, and alumna Dorothy Ebersbach (NUR'54).

Ebersbach exhibited an early passion for adventure, learning and service, which was evident during a family trip to the 1933 Chicago World’s Fair. Soon after, Ebersbach flew for the first time with her father in a seaplane—an experience that would lead to a lifelong passion and future career.

As a final act of valor after a lifetime of contributions to her country, the aviation community, and nursing, Dorothy “Dot” Ebersbach and her estate dedicated a total of $4.7 million in gifts to the flight nursing program at the Frances Payne Bolton School of Nursing to support the center's mission of educating nurses to provide advanced critical in the emergency and transport environments.