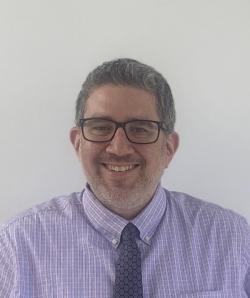 Robert Lieberman graduated with a BA from Washington and Jefferson College and then received an MSW from the Brown School at Washington University in St. Louis. Mr. Lieberman returned to his native Northeast Ohio to follow his desire to work with children and families. He began working as a licensed group facilitator in Bellefaire JCB’s After School Program. There he worked as part of a larger team providing day treatment services to children with behavioral and mental health needs in the community. Over the course of more than 19 years with the agency, Mr. Lieberman served in different roles within the After School Program, providing clinical and administrative oversight to children and staff respectively. Initially working directly with clients in groups, he added other responsibilities once taking on a supervisory position in the department. This included coordinating transportation for clients, serving as the department’s crisis supervisor, and being on the agency’s Environment of Care committee. In 2006, he began supervising both department staff as well as serving as Field Instructor for numerous social work students (including Mandel students) each year. During this time, he developed a passion for field education and supporting students in their professional growth.  After leaving Bellefaire JCB, he worked as a social worker with the Achievement Centers for Children providing Behavioral Health Counseling to children with disabilities and their families.