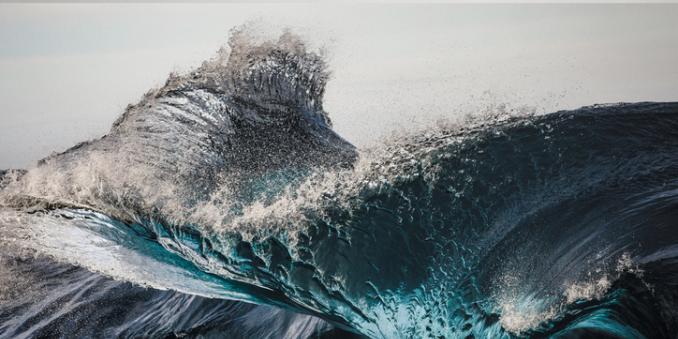 For two decades after its creation in 1989, Case Western Reserve University’s Master of Nonprofit Organizations (MNO) ran as a competitive, tailored program for training nonprofit professionals, many of whom climbed the ladders of Cleveland’s workforce. Then, in May 2011, the program was put on pause. After 20-plus years, the MNO needed an overhaul to better prepare students for the world of nonprofit work. 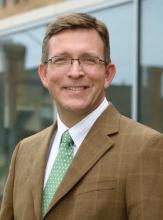 A year later, Robert Fischer, PhD, associate professor at the Jack, Joseph and Morton Mandel School of Applied Social Sciences, decided he was the person who could help revamp the program for a successful future. He and a committee fine-tuned its 15-course curriculum, curtailed the credit hours from 60 to 39 and obtained accreditation from the Nonprofit Academic Centers Council. By the following summer the MNO program enrollment had doubled.

“So, it’s in a kind of second life, if you will,” said Fischer, who is also chair of the program.

The MNO program’s “second life” has cultivated nonprofit leaders for one of the most daunting periods faced by the industry. From March to May of 2020, 1.6 million nonprofit employees—one out of every 13 workers—saw their jobs eliminated, according to the National Council of Nonprofits. With fewer resources and more demand on nonprofits, it will be years before they fully rebound.

So how to keep the ship steady? Alumni of the MNO program who occupy C-suite positions across Cleveland say specific skills garnered from their classes at the Mandel School—from “Strategic Planning” to “Leadership Dialogue”—have enabled their organizations to ride COVID-19’s tumultuous wave.

“What we try to do is teach students to understand all the parts of the organization that have to work well,” Fischer said. “So that if there’s any hiccup in any one of them, they’re not worried about closing their doors.”

‘True to who we are’

Marcella Brown (MNO ’07) had a fundraising gig for Cleveland’s City Club when she began itching to return to school.

She had taken workshops to hone her skills in nonprofits but, three years out of college, she yearned for academic formality.

“I really became curious about how our corporate sponsorships came about,” Brown recalled. “Finally, I was just like, ‘Alright, I should just do a deep dive into this.’”

After earning her MNO, Brown’s interest in social services grew. She joined the board of the Black Professionals Association Charitable Foundation, where, in 2011, she became executive director.

Today, at the Lutheran Metropolitan Ministry, Brown is vice president of development and communications. She helps raise federal funds for the post-COVID-19 demand for affordable housing and youth emergency services.

Her Mandel School education, she said, keeps her clarity sharp—especially in the realm of financial ethics.

“Like how to position our gift acceptance policies in a way that is true to who we are,” Brown said. “What our values are. Not chasing money or mission creep—I make sound decisions because of [my education].”

A for-profit for nonprofits

In any given year, the government disperses, on average, $750 billion that will, through a variety of funnels, trickle down to regional nonprofit organizations that rely on its funding.

Though he worked in nonprofits early in his career, in 2009, Roth was chewing on an idea for the for-profit realm. He knew that, out of this $750 billion, 40% of it was absorbed by administrative duties. And, in the process, an average 6% is lost to the nonprofit.

Roth had an answer for this problem: Amplifund.

“When you take a look at different perspectives in school, the nonprofit experience is one that is, well, very entrepreneurial,” Roth said regarding his time in the program. “Now, you’re not an entrepreneur, and you’re not risking your own capital. But you’re entrepreneurial in your thinking.” 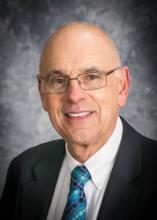 Dennis Young, PhD, visiting professor emeritus at the Mandel School, has long taught MNO students to navigate turbulent times at nonprofit organizations, helping launch the MNO program in 1988 and leading it until 1996.

In his new book, Resilience and the Management of Nonprofit Organizations, Young wrote that the pandemic requires nonprofit executives to shift their thinking.

“We need a new way of thinking about nonprofit management,” said Young. “Without a narrow focus on efficiency and frugality and with greater emphasis on viability and sustainability so they can get through times of unanticipated and potentially catastrophic challenges.” 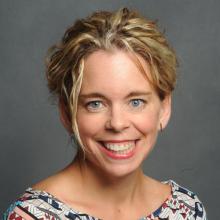 But Paulsen, a Minnesota native, enrolled in the MNO program after working alongside theater actors at the Minnesota AIDS project. And then, in 2009, she got a chance to work with Dave Abbott at the Gund Foundation, an institution with the sole purpose of contributing to human well-being and the progress of society.

“The only reason I applied for that job,” Paulsen recalled with a laugh, “is because career services at the Mandel Center let me know about it.”

Paulsen is now executive director of Cuyahoga Arts & Culture (CAC), an arts funding and advocacy organization that doles out about $13 million in grants per year to 300-plus nonprofits across the county. She’s in charge at a tough time: CAC’s funding has dropped, Paulsen said, to about $7 million since she joined the organization in 2011.

To navigate this challenge, Paulsen said she calls up the lessons from her Mandel School mentors, Robert Fischer and the late Steve Minter (SAS ’63)—former CEO of the Cleveland Foundation and a Case Western Reserve University Trailblazer Award recipient, given to pioneering alumni of color—to see the forest for the trees.

“I’ve had to pick my head up and think a little less about details, and more four steps ahead,” she said. “That’s been the biggest pivot: thinking at a level that makes sure CAC keeps moving forward. Thinking long term.” 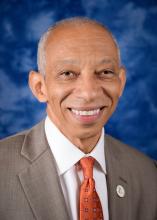 As CEO of Eliza Bryant Village, the oldest continually operating Black-founded long-term care facility in the United States, Danny Williams (MNO ’04) knows what it means to lead an organization.

And like his fellow nonprofit leaders in Cleveland, Williams is steering Eliza Bryant through tough waters: This past summer, due to lack of staffing, skyrocketing operating costs and other factors, Eliza Bryant was forced to close its 99-bed nursing home.

While the rest of Eliza Bryant Village is still open and providing outreach programs and healthcare services to elderly members of Cleveland’s Black community, Williams is drawing on his time at the Mandel School to determine what’s next for the nonprofit. He plans to revise Eliza’s funding model, attract new support and find new ways to manage board engagement.

“Grappling with those gray areas you often find yourself in, and trying to figure out: What can we do? What should we do?” he said. “It’s rare that I go through a week at Eliza where I don’t think back on that ethical grounding I got from the program.”

MNO Program By the Numbers

to be completed full time

of the program working around the world

in the U.S. in nonprofit management accredited by the Nonprofit Academic Centers Council

Read more stories like this in the Fall 2022 edition of Action.