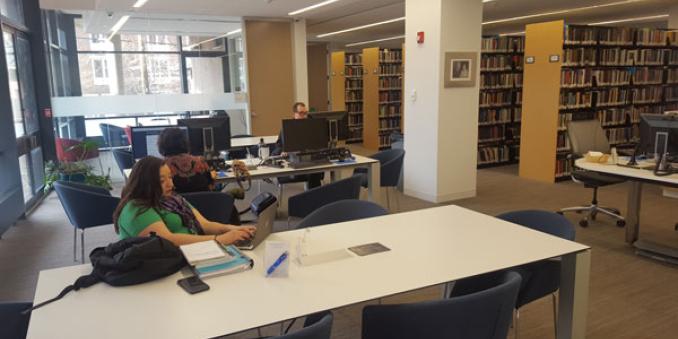 Five years ago, the Jack, Joseph and Morton Mandel School of Applied Social Sciences marked its centennial by unveiling an overhaul to its main building. Central to the updates: the welcoming, airy Noble Commons named in recognition of a gift from the Donald and Alice Noble Foundation, and the bright and peaceful Lillian and Milford Harris Library, created in 1989 through a gift by Lillian Harris (FSM ’30, SAS ’33) and moved and redesigned thanks to a gift from her son and daughter-in-law, Seth and Lilli Harris.

These families’ gifts transformed the look of the school, and now, they—and many others—are helping shape the futures of its students. Whether through the annual fund or a planned bequest, a personal commitment or a foundation gift, donors are stepping up to support scholarships—a key priority of the Mandel School and Case Western Reserve—and make a lasting impact on students’ lives.

When Lillian Harris died in 2013, Seth and Lilli Harris honored her memory with a $500,000 gift to relocate and redesign the Harris Library, which boasts one of the premier social work collections in the nation. The renovated library has proven a critical asset to students’ success.

“The Harris Library has served as a major foundation, resource and touchpoint to me during my time at the Mandel School,” said PhD candidate Tyrone Hamler, who said he’s written “countless” papers and articles there. “It is an essential part of the school.”

And beyond being an invaluable asset for research, the Harris Library also provides an opportunity for respite and connection.

“The Harris Library and its incredible librarians have been a critical part of my experience,” said PhD student Anna Bender.

“It is a place that is beloved by the Mandel School community, and one that enriches the social environment, learning and research here.” 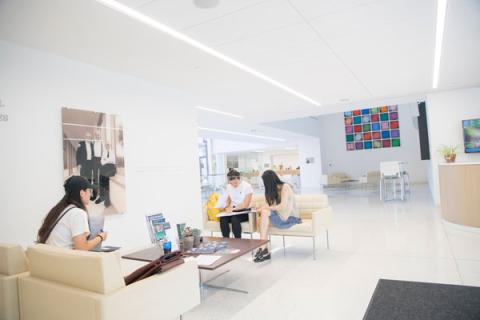 Similarly, Noble Commons—the vast open area upon entry to the Mandel School building—has had a transformative effect on the building and its community.

“The Noble Commons is a wonderful and welcoming space that intersects beautifully with the overall architecture and design of the school,” said David L. Hussey, PhD (SAS ‘79; GRS ‘92, social welfare), associate professor at the Mandel School, director of the Leadership Fellows program and associate director of research at the Begun Center for Violence Prevention Research and Education.

“It not only provides a convenient place for students to interact, but it serves as the largest gathering space for our Mandel community,” Hussey continued, “allowing the opportunity for us to come together to celebrate some of our most memorable occasions.”

But years after these gifts, both the Harrises and Nobles decided to help students—and the Mandel School community—even more.

Seth and Lilli Harris have an unusual legacy with Case Western Reserve University: Though neither are alumni themselves, the fondness and respect Seth’s parents had for CWRU has made supporting the school a family tradition.

It was rare for women to pursue graduate school in the 1930s, but Seth’s mother, alumna Lillian Harris, made a habit of defying expectations. In addition to running Cleveland’s social service program during the Great Depression, she remained CEO of one the family businesses—Pinxav (pronounced pink salve), a diaper rash formula developed by her husband, Milford (PHA ‘29) until the age of 97, when she passed the torch to her granddaughters. Seth took over the other family business, Harris Wholesale Inc.—a wholesale pharmaceutical distribution company—from his father’s passing in 1972 until 1989 when he and his mother decided to sell the company. 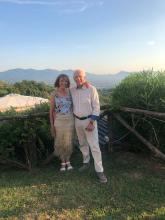 “Over the years, we’ve watched the Mandel School become one of the best in the country. And that’s part of the excitement of staying involved with Case Western Reserve.”

Lillian and Milford deeply valued their education and, after her husband’s passing, Lillian gave back to the Mandel School in significant ways. In addition to the library, she established in 1997 the Lillian F. Harris Professorship, which is held by Claudia Coulton, PhD (GRS ’78, social welfare), as well as the Harris Endowment Fund for student scholarships.

Now, Seth and Lilli are continuing that support of scholarships, by donating to the Dean Gilmore Scholarship Fund to commemorate the retirement of their close friend and former Mandel School Dean Grover “Cleve” Gilmore, PhD. “We wanted to honor both of my parents with this gift,” said Seth, “as a tribute to their beliefs in higher education.”

Similarly, it’s the impact of a Case Western Reserve education that spurred Gayle (SAS ‘88) and David Noble’s commitment to the Mandel School through the Donald and Alice Noble Foundation, the charitable foundation named in honor of David’s parents that the couple has run since 2002. The foundation grew with each parent’s passing, and the couple has used those assets to give back to the community. 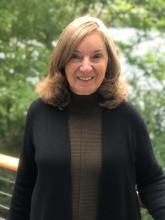 Gayle Noble enrolled in the Mandel School through a partnership with the College of Wooster. “SASS, as we called it in those days, was enormously helpful in charting my path to behavioral health,” she said of her time in the CWRU social work program.

Her field placement during graduate school turned into a full-time job, and she spent the next 32 years working directly with individuals and families, mostly in private practice. Noble is now retired, but remains active by volunteering and working with the Noble Foundation, through which she and David recently established an endowed scholarship fund as part of Dean Gilmore’s retirement campaign.

“I feel hugely fortunate to have experienced the SASS program, for the education I received and the field work that catapulted me into the professional work I did for decades,” said Gayle. “I feel enormous gratitude, so I’m trying to express that with my support.”

Both Noble, who served on the Dean’s Recognition Committee, and Seth and Lilli Harris, the latter of whom is on the school’s visiting committee, also give back to the university through volunteer work. “Engaging with Case Western Reserve allows us the opportunity to continue a relationship with a community that was good to Seth’s parents,” Lilli said.

“Over the years, we’ve watched the Mandel School become one of the best in the country,” said Seth. “And that’s part of the excitement of staying involved with Case Western Reserve.”

It’s a connection another alumna made upon retiring from a meaningful career in social work, and became very involved with the university through committees and events almost 35 years after graduation.

So when it was time to make estate plans, the Mandel School was top of mind.

“After making plans for my family, I had some money left over,” said the alumna, who wishes to remain anonymous. “I reflected on the big influences in my life, like my education at Case Western Reserve, and it all just kind of clicked.”

She worked in collaboration with the Mandel School and Office of Strategic Giving to choose an option that worked best for her—a trust that will fund student scholarships after she passes away. A few years after her initial commitment, the donor was able to double the scholarship fund, thanks to a few smart investments.

“I want students to get the most possible out of their education,” said the alumna, who has witnessed many students struggle to balance full-time jobs with field placements and coursework.

Juggling work and study is a familiar challenge for Jane Ann Robertson (SAS ‘95), and it’s one of the reasons she chose to include the Mandel School in her estate plans—the result of a seed that was planted decades ago when she first began at Case Western Reserve.

Following her undergraduate studies at the University of Akron, Robertson began her 33-year social work career at Lorain County Children Services. After rising in the ranks for 10 years, the agency fully funded Robertson’s graduate degree at the Mandel School, and she completed the program on the weekends while working full time. Robertson said the lessons she learned influenced her long and fulfilling career, so when it came time to retire, she decided to pay it forward and establish a scholarship fund at the Mandel School through a bequest.

“It’s powerful to think about all the students in school right now, and everything they’ll be able to do in the future, the lives they’ll touch,” said Robertson. “I want others who share my passion to have the same experience I did—to be able to go to one of the best schools in the country and get top-tier training without a financial burden.”

It’s that commitment to creating possibilities for students that drives so many donors, of all sizes and forms of gifts.

“I like to cast a stone and see the ripple effects,” Gayle Noble said of the importance of giving back. “I want to leave a quiet legacy of change.”

Strategic giving provides the opportunity to make a commitment that best fits you and your family—now and in the future.

In fact, if you are 70½ years old or older, you may be eligible to receive tax benefits while supporting the Mandel School. By using the IRA Charitable Rollover (also called a Qualified Charitable Distribution, or QCD), you can give up to $100,000 annually from your IRA or Roth IRA directly to Case Western Reserve University— without paying income tax on your donation.

By using this simple but effective method of giving, you get to see your gift at work during your lifetime. Your thoughtful philanthropy can make a meaningful difference in the lives of CWRU’s students and faculty.

Another popular planned giving option is to designate the Mandel School as a primary or percentage beneficiary of your retirement plan.

To learn how your support can benefit the Mandel School and to take advantage of tax benefits expiring Dec. 31, visit plannedgiving.case.edu or call the Office of Strategic Giving at 216.368.4460.

Read more stories like this in the Fall 2021 edition of action magazine.