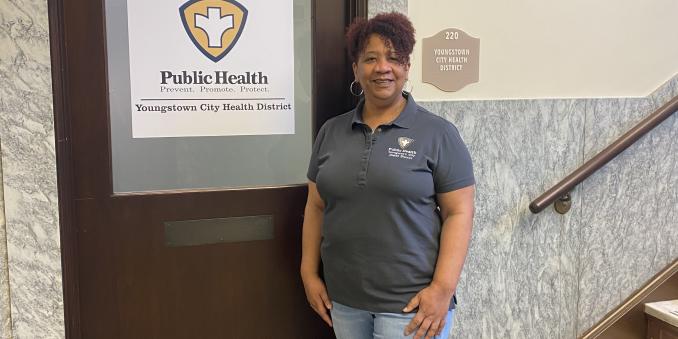 Leigh Greene, a graduate student focused on Community Practice for Social Change at the Jack, Joseph and Morton Mandel School of Applied Social Sciences and director of minority health at Youngstown’s City Health District, became an agent for change in a powerful way recently when she convinced city leaders in Youngstown to pass a resolution declaring racism is a public health crisis.

With protests taking place across the country in recent weeks and activists calling for an end to systemic racism and changes to police departments, Greene knew the time was right for a frank discussion in Youngstown. Soon after reaching out to a council member, who contacted the health commissioner, Greene was asked to draft the legislation. She reviewed legislation from other cities that have passed similar resolutions and drafted a statement that she said is relevant to the challenges Youngstown and Mahoning County are facing.

Last Friday, she testified before City Council about the resolution, and it passed. The measure was officially signed during Youngstown’s first Juneteenth celebration on Saturday, where Greene addressed the attendees. In her remarks, she asked the white community not to be just allies, but to join in the fight against racism.

“It was a wonderful event—there were communities of all colors and backgrounds present,” she recalled. “There was so much emotion it was literally overwhelming.”

The moment is just one of the ways Greene has worked to be part of positive changes in her community. Each year, as part of her job at the health district, Greene writes a resolution for Youngstown City Council acknowledging April as Minority Health Month and gives testimony to the council on events occurring that month. She is also a member of a number of coalitions addressing health disparities in her community, including an organization called MY Baby’s 1st Infant Mortality Coalition.

In 2019, the City of Youngstown’s community health improvement plan identified social determinants of health and health equity as two of their top five priorities. They hold racism dialogues and are forming a Mahoning Valley Racism Is a Public Health Crisis Initiative, working with stakeholders to identify areas where change can be implemented. Greene also hopes that with legislation and a specific focus from the state’s minority task force, revenue can be generated for a co-operative to address inequities and sustain programming that encourages dialogue on racism and additional events of inclusion.

As co-chair of the Greater Youngstown Community Dialogue on Racism, Greene has entertained the idea of writing a “Racism is a Public Health Crisis” resolution for some time.

As she found out from the enthusiastic response from city leaders, the timing was right for a discussion.

“I, my mother and my grandmother have all personally experienced the backlash of systemic racism. To understand my emotions, you would have to understand my journey, my families’ journey, and the countless journeys of generations of Black Americans,” she said.

Greene is not done advocating for social change.

In her final semester of the online Master of Science in Social Administration program, she is looking forward to using her degree in Community Practice for Social Change to better serve the minority community in Youngstown.

“It is my hope that funding will be designated to even the playing field so that Black residents and other marginalized groups are given the same opportunities to have healthy and productive lives,” Greene testified.