Commentary by the Associate Director: CDC Reports Cigarette Smoking Among US Adults Lowest Ever Recorded

Last week, the Centers for Disease Control and Prevention (CDC) released findings from the CDC, Food and Drug Administration (FDA) and the National Cancer Institute (NCI) that cigarette smoking has reached the lowest level ever recorded among US adults, 14% in the year of 2017. 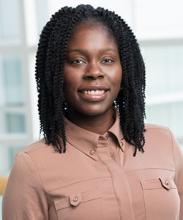 While the decline is encouraging, notable disparities remain as the CDC reports cigarette smoking as the "leading preventable cause of death and disease in the United States." Tobacco cessation researcher Monica Webb Hooper, PhD, Associate Director for Cancer Disparities Research and Director of the Office of Cancer Disparities Research in the Case Comprehensive Cancer Center, weighed in on the findings, disparities and continued battle against tobacco use.

"The CDC report demonstrates the persistent efforts of those in all areas of the tobacco control movement, which began just a few decades ago. We have not seen current cigarette smoking prevalence this low (14%) since such surveillance began," said Dr. Webb Hooper. "However, there remains much work to be done.  These data indicate that 34 million individuals in the U.S. remain smokers. Moreover, some populations have not benefited equally from our tobacco control victories. For examples, the Midwest states exceed the national average for smoking and Cleveland continue to have a rate that is more than double. These are concerns that need to be addressed."

As the principal investigator for the Tobacco, Obesity, and Oncology Laboratory, Dr. Webb Hooper is a leader in cancer health disparities and has received international recognition for her contributions to nicotine and tobacco research. With continued surveillance, research and implementation of comprehensive tobacco control programs, the United States may be able to accelerate the decline in smoking, responsible for the considerable hardship of death and disease from tobacco use.