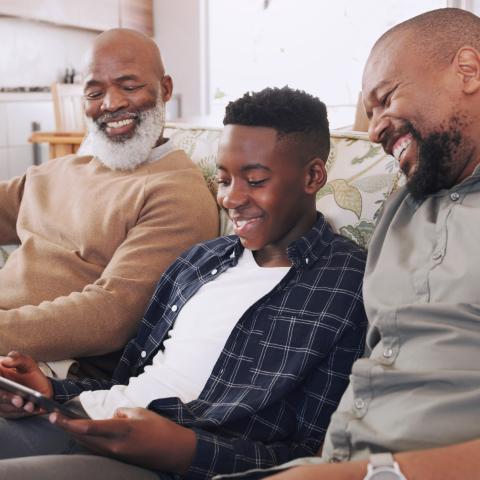 Prostate cancer incidence is particularly high in the area served by the Case Comprehensive Cancer Center. African American men, locally and nationally, are disproportionally affected by prostate cancer in greater incidence and mortality. Researchers have dedicated resources to better understand this disease and improve prevention, diagnosis and treatment.

In a new project funded by the Department of Defense, Jennifer Cullen, PhD, is investigating whether some solutions to address prostate cancer disparity lie in the protein biomarker profiles of cancer patients. “This work was initially born out of the Early Detection Research Network, and it pushed us to look for earlier time nodes before men receive treatment,“ says Cullen. For a small proportion of men who appear clinically favorable at diagnosis, they are fated to have an aggressive, lethal disease. The team is examining tissue of African American and Caucasian men at biopsy, including those whose biopsy test was negative, and comparing protein expression in that early tissue. The team will attempt to predict biopsy results and determine whether the same protein expression profiles exist for African American and Caucasian American men.

The Cleveland African American Prostate Cancer Project, directed by Erika Trapl, PhD, will develop and implement a comprehensive, sustainable, community-based program to increase the number of African Americans screened for prostate cancer. The project is supported by a $2.75 million, three-year grant from the Bristol Myers Squibb Foundation. Trapl says prostate cancer does not have any known modifiable risk factors, so early screening is the only way to reduce prostate cancer mortality. The idea for the project was born in a Case Comprehensive Cancer Center Community Advisory Board meeting last year. “Our board pushed us to bring the work to locations central to men’s lives, such as barbershops,” Trapl says. “From there, the idea has taken off, thanks to the partnership of people living in this community facing these genuine issues. We hope it will become a national model.”