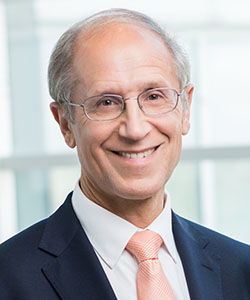 “We knew Stan’s deep familiarity with the medical school and its hospital partners would give him distinct advantages as he started in this role,” Interim President Scott Cowen said. “But his ability to apply them in such an engaging and inclusive way has far exceeded even our heightened expectations. We are delighted he will helm the school throughout the 2021-2022 academic year.”

A Distinguished University Professor and longtime Director of the Case Comprehensive Cancer Center, Gerson accepted the interim role after now-President Emerita Barbara R. Snyder announced she would step down to lead the Association of American Universities starting Oct. 1.