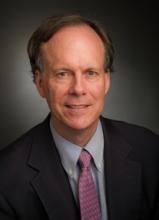 William Kaelin, Jr. from Dana Farber Cancer Institute and Harvard University was jointly awarded the 2019 Nobel Prize in Physiology or Medicine, along with Sir Peter J. Ratcliffe from Oxford University and Francis Crick Institute and Gregg L. Semenza from Johns Hopkins University, “for their discoveries of how cells sense and adapt to oxygen availability.” The announcement was made by the Nobel committee today at the Karolinska Institute in Stockholm.

Dr. Kaelin's research has had a significant impact on our understanding of cancer, leading to new ways to fight this disease. The Harvard Gazette best summarized Dr. Kaelin's research, saying "His study of a tumor-suppressor gene called VHL provided key insights into the body’s response to changes in oxygen levels. He discovered that VHL helps control the levels of a protein known as HIF, which ratchets up or down the response to low oxygen, such as the production of red blood cells and new blood vessels. His subsequent discovery of a molecular switch that renders HIF oxygen-sensitive was critical to the understanding of how cells react to variations in oxygen level." 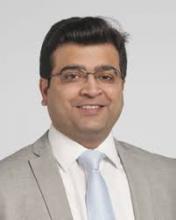 Dr. Kaelin has a special link to Cleveland. He is on Scientific Advisory Boards for UH Harrington Discovery Institute and Tracon Pharmaceuticals, and has mentored some spectacular individuals, including Abhishek Chakraborty, assistant staff in the Cleveland Clinic Genitourinary Malignancies Research Center, assistant professor of molecular medicine at Case Western Reserve University, and member of the Case CCC's GU Malignancies Program.

Dr. Chakraborty offered the following congratulatory message to his mentor:

Brilliant! Maverick! Tough! Intimidating! Towering! These were just some of the words people used to describe Bill Kaelin when I told them that I was moving to join his laboratory as a post-doctoral fellow in the summer of 2010. Mentor, friend, colleague, role model, devoted husband, and super-hero dad are words I associated with him by the time I left the laboratory.

Bill was successful when I joined his laboratory. (In the excitement about oxygen-sensing, it is easy to forget that he cloned the first E2f, helping define the molecular basis for Retinoblastoma protein’s tumor-suppressive functions.) As one scientific milestone after another was reached in the last decade, we often wondered how someone so successful could remain so motivated. It was because for Bill, science was not work, it was his passion; being rigorous was not optional, it was imperative; and asking paradigm-shifting questions was not fantastical, but innate. He said, “if you cannot dream up a 'crazy' interpretation, you will never be able to design an experiment to address if it is true.” Every day, he challenged us to work hard to address what anyone else would dismiss as “crazy” interpretations.

Bill is a scientific thought leader and I can spend hours writing superlatives about him and everything that I learnt from him, but I will end with an example of what I admired most about him – his ability to practice what he preached. Alongside big scientific achievements, the last decade also brought for him a personal challenge, when his wife Carolyn (herself a great surgeon) was diagnosed with a particularly nasty form of cancer. At the end of tough days, Bill walked into the laboratory, with eyes pink and bearing a moistness that no tissue could wipe, and channeled his emotions to discussing science and focusing himself to make ever more promising scientific discoveries. Rather than beat him, Carolyn’s battles reinforced his views about the importance of everything we do in the laboratory. The molecular diagnostics, tailor-made therapies, and mechanistic knowledge that allowed Carolyn to beat all known statistics were his proof that we were on the right path and making this knowledge accessible to everyone battling this disease - his biggest ambition. In his toughest moments, Bill Kaelin was the living embodiment of his preaching. To a great mentor, scientist, and friend: Congratulations!