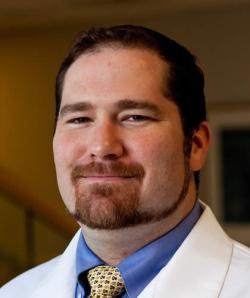 For a brief overview of our lab's research, you may watch my talk at TEDxCLE.

It is unknown if we are dealing with the previously benign form of Zika virus which has been around since the 1940s and perhaps has found a more receptive host particularly in South America or if the virus has mutated which is causing the current outbreak. My Zika virus research entails: 1) gaining knowledge about the genetic sequence of the Zika virus from the current outbreak in South America and 2) development of a vaccine candidate to limit Zika virus growth and subsequent transmission. My team’s strengths are in emerging tropical diseases and they have the capability to obtain international patient samples, create vaccine candidates, and perform animal testing. After completion of this project and having identified an effective vaccine, they are prepared to perform clinical testing in human subjects.

It has been observed that only people who have the Duffy antigen on the surface of their erythrocytes become infected with blood-stage P. knowlesi or P. vivax species of malariaparasites. Additionally, people who are heterozygous for the Duffy antigen are half as likely to become infected by these same malaria species. Using a Duffy Binding Protein, invading malaria parasites exploit the Duffy receptor, which normally functions as a sink for excess chemokines, on the erythrocyte to facilitate invasion. Several current vaccine strategies are focused on interruption of the interaction of the Duffy antigen and the parasite’s Duffy Binding Protein (Grimberg et al. 2007). While this strategy is promising, little is known about the expression of the Duffy receptor and whether such a vaccine strategy would be effective. Previous studies have suggested that Duffy antigen expression may vary across Duffy positive populations.

In my Duffy related research, my laboratory seeks to answer the following questions: a) is there a difference in the erythrocyte Duffy receptor expression or Duffy Binding Protein binding between individual blood donors of different sexes and races, b) does the age of the donor and of their red blood cells have an effect on Duffy antigen expression, Duffy Binding Protein binding, or parasite invasion, and c) does erythrocyte surface morphology influence the binding and invasion of erythrocytes by malaria parasites? My overarching hypothesis is that decreased levels of functional Duffy receptors on the surface of host erythrocytes results in decreased malaria parasite invasion. To test this hypothesis we are examining the Duffy surface expression and parasite invasion of blood from human volunteers of different ages, sex, and races, hemoglobinopothies such as Sickle Cell, Southeast Asian Ovalocytosis, and b-thalassemia, and red blood cells of different ages using umbilical cords and stem cell derived erythrocytes. Collaborations with the American Red Cross, University Hospitals of Cleveland, the Cleveland Clinic, and the Papua New Guinea Institute for Medical Research, and the Kenya Medical Research Institute will help to answer these questions. The levels of Duffy antigen expression from the above studies are correlated to parasite invasion frequency. Human erythrocytes with a range of Duffy antigen expression and morphologies are being cultured in the presence of P. knowlesi or P. vivax to demonstrate the influence of level and functionality of Duffy antigen surface receptors on successful parasite invasion.

The invasion of human red blood cells by Plasmodium vivax is dependent on the interaction between a blood cell antigen, the Duffy Antigen Receptor for Chemokines (DARC), and the parasitic Duffy Binding Protein (DBP). Since we believe that the parasite cannot invade a patient’s cells if either of these components is inhibited, my goal is to use computerized and experimental techniques to find a small molecule that can fill the binding pocket of DBP and thereby prevent its interaction with DARC and limit infection of human cells. The Glide molecular screening program yielded 150 hits with scores between -9.00 and -12.50, indicating good odds of interrupting parasite binding to human erythrocytes. These hits represent a variety of molecules approved for human use, including a number of patented drugs and natural compounds.

In one of our Maestro images of the predicted DBP structure with a close-up of VS-2 docking in the binding pocket, location is determined by bond interactions between protein and test compound. VS2 was originally developed as a cardioprotective agent and is now being explored as a treatment for CLL. Screenings of this compound show that it completely inhibits parasite protein: erythrocyte ligand interaction at a concentration of 100 µg/mL. Using this as a lead, we are exploring the Structural Activity Relationship (SAR) of variants of this compound.

Distribution of Bednets in Malaria-Endemic Areas

While they will never be able to completely disrupt malaria transmission, bednets impregnated with long lasting insecticides are an important tool to have an immediate impact on the lives of those threatened by malaria. In particular by having small children sleep under a bed net at night greatly reduces the odds of that child succumbing to a malaria infection. Through our work with Malaria No More, the United Nations Foundation, and Nothing But Nets organizations, we raise awareness of the need for these supplies and ensure that as many nets as possible are distributed to those in need and more importantly, spend time in the community to instruct people on how best to use these nets.

Time consuming PCR-based methods to detect the presence of malaria parasite DNA or antibody based dip stick diagnostic tests both can provide highly accurate information but are costly methods to diagnosis malaria infection. Current inexpensive, fast detection methods (using microscopy) take ~1 hr to make an accurate diagnosis but this method incorrectly identifies the presence of malaria more than 50% of the time.  Several shortcomings contribute to errors including inter-operator error in creation, staining, and visual analysis of the slides. Therefore, there is a need for new methodology to assist the microscopist with the diagnosis of malaria by helping them focus their efforts on samples which are potentially infected and to help confirm a negative diagnosis. Through a multidisciplinary effort we have designed an inexpensive, rapid malaria detection device (3 minutes) that detects the presence of the parasite byproduct of hemoglobin digestion, called hemozoin. We place blood samples into the path of a polarized light beam in the presence and absence of a magnetic field.  When the paramagnetic malaria hemozoin is present it aligns with the magnetic field and acts as a reflector thus decreasing the amount of light reaching a light level detector on the far side of the sample. This decrease in light is directly proportional to parasitemia (R2=0.987) which can be detected near the lower limits of microscopy. Our long term goal is to translate this technology into a field ready, low-cost device (<$300), which can be used in malaria-endemic regions to assist with the rapid malaria diagnosis.

This technology has been shown to be highly reliable but has previously been very expensive to create and use which greatly limits its utility.  Here we show a version which can be cost effectively produced for use in malaria clinics around the globe. However, there are several more steps needed to optimize this technology. Currently, our lowest reliably detectible parasitemia is 0.0007 %. We will continue our work to lower this minimum detectable level and potentially match the detection levels of PCR. We would also like to reduce the amount of blood needed to make an accurate detection down to less than < 200 μL (~maximum amount obtained from a finger stick). Because the different malaria species form hemozoin in slightly different shapes and forms we will confirm that we can use this device to detect other P. falciparum strains and Plasmodium species. Finally, we are working on shrinking, ruggedizing, and simplifying this device and its user interface for use in field trials. With appropriate engineering, any medical personnel will be able to diagnose malaria in a few minutes

There is an unfavorable outlook for treatment and control of Plasmodium falciparum because of the limited supply of new antimalarial drugs under development, widely distributed resistance to many existing antimalarial drugs, and reduced effectiveness of some artemisinin combination therapies. Development of resistance is not surprising because many antimalarial drugs are cyto-static rather than lethal to the parasites. Coupling this lack of parasite death with patient treatment non-compliance and the high numbers of parasites exposed to drug pressure (1.2 x 1017/year globally) increases the opportunity for the parasites to develop resistance mutations. The geographic isolation of many patients with malaria allows for these mutations to become established in the parasite population. With the recent annotation of the P. falciparum genome, rational-based searches for new, more effective antimalarial drugs can now be performed. We have recently made progress in developing a platform to discover and investigate compounds with activity against specific proteins that regulate parasite growth and development employing new flow cytometry strategies (Grimberg et al. 2007). Our methods enable determination of IC50 values for major stages of P. falciparum development (eg, rings, trophozoites, schizonts) within infected red blood cells. This approach provides significantly more insight compared to current methods focused solely on parasite metabolism regarding the action of drugs against P. falciparum.

My laboratory uses several approaches to identify potential novel antimalarial drugs. In the first approach, we obtain sets of commercially available kinase inhibitors with known or predicted cell cycle inhibitory activity and determine IC50 values. Secondly, we measure the IC50 values of compound libraries from the National Cancer Institute. My laboratory employs biochemical, cellular, and parasitological methods to establish the specificity and utility of the leading compounds discovered. We are particularly interested in evaluating drugs that have known activities against specific biochemical and molecular biological processes. Further, we are interested in testing compounds identified through other in vitro and in silica screening efforts that kill blood-stage parasites in an effort to provide additional information on the developmental stage-specificity of their activity. This effort may promote strategies to combine drugs optimized to kill parasites at multiple developmental stages and avoid the possibility that parasites may become quiescent, evade drug action, and develop resistance.

Confocal microscopy, flow cytometry, and cell sorting techniques we recently developed (Grimberg et al., 2009) will be used to identify the induction of an apoptosis-like mechanisms which have been indicated in malaria but little studied. With my laboratory’s new methods the activity of cell cycle specific antibodies, and sera isolated from patients infected with malaria, we will observe the timing and induction of parasite cell death. Furthermore, a panel of transfected GFP labeled malaria parasite strains will also be utilized to further explore the interruption of parasite life cycle stages and further understand the mechanisms of action of antimalarial drugs.

We have had a great deal of success streamlining and simplifying the process of culturing malaria parasites without contamination. Several graduate, undergraduate, and even high school students have been successful at accomplishing this previously daunting and uncertain task. We have developed a stage-specific malaria parasite assay (Grimberg et al., 2008) which students could utilize to successfully accomplish a variety of research projects. Potential research projects include drug discovery utilizing my collaboration with local drug companies to test the effectiveness of novel compounds against malaria. Also, students could continue my work on the creation of drug resistant strains to allow for deeper understanding of the genetic mechanisms of drug resistance. Finally, answering basic questions about the biology of malaria parasites would serve as an excellent Graduate and Undergraduate projects. Students could culture and compete strains of malaria in various blood types, medias, and drugs to learn more about how the parasites react to different environments. These simple and straightforward tests would help increase our understanding of the history of this disease and unraveling its complexity.