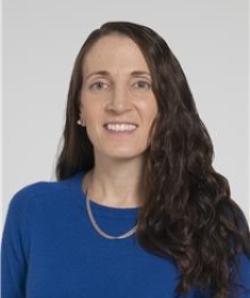 Human cytomegalovirus (HCMV) is a herpesviral infection that causes severe complications in immunocompromised and immunodepleted individuals. This virus is particularly problematic for patients undergoing bone marrow transplantation (BMT), a common cancer therapy in response to marrow failure following chemotherapy or for treatment of cancers of the marrow, including leukemia, lymphoma, and multiple myeloma. HCMV can reactivate from latency in these patients and cause life-threatening disease. This is a major health problem in BMT patients, especially those who undergo allogeneic BMT, as many of them succumb to the disease. Additionally, emerging data has linked HCMV to glioblastoma multiforme (GBM), and recent work has implicated one of the HCMV-encoded G-protein coupled receptors (GPCRs), US28, in influencing the GBM tumor environment, though the mechanisms involved and the contribution of HCMV, and more specifically US28, towards the progression of GBM is far from understood.

To this end, our laboratory has two cancer-focused arms of research. Our first project is aimed at understanding the role(s) of the four HCMV GPCRs during viral latency and reactivation. We are interested in understanding how viral GPCR signaling influences latency and reactivation. Our work is also aimed at understanding the coordinated interplay between the viral GPCRs towards impacting viral reactivation. Our goals are to unravel the molecular underpinnings of viral GPCR regulation of these infection stages to identify means by which to prevent viral reaction, which would directly impact the well-being and survival of BMT patients. Our second avenue of cancer-focused research is aimed at understanding the role HCMV plays during gliomagenesis. We are particularly interested in understanding HCMV’s influence on the GBM cancer stem cell population, as our findings suggest that infection accelerates the growth and expands these cells, which are critical to the progression of GBM since they are refractory to treatment.