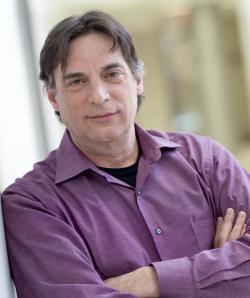 Danny Manor completed his undergraduate studies in biochemistry in 1982 at Tel Aviv University in Tel Aviv-Yafo, Israel and received his PhD in anatomy, structural biology and biophysics from the Albert Einstein College of Medicine in Bronx, New York in 1989. Dr. Manor held a postdoctoral position in the Department of Physics at the City University of New York, where he applied biophysical approaches for the study of visual pigments and GTP-binding proteins.

In 1992, Dr. Manor moved to the Department of Pharmacology at Cornell University in Ithaca, New York, where he studied the role of small GTP-binding proteins in malignant transformation. After receiving a faculty position at Cornell's Division of Nutritional Science, his studies diversified to include molecular bases of cancer prevention and vitamin E biology.

Danny Manor joined the Department of Nutrition in the School of Medicine at Case Western Reserve University as an Associate Professor in 2006. His research work has been funded by the American Cancer Society (ACS), the National Cancer Institute (NCI) and the National Institute of Diabetes and Digestive and Kidney Diseases (NIDDK).

I focus on signal transduction pathways that regulate normal cell growth and are disrupted by oncogenic mutations. In addition, I research molecular mechanisms underlying cancer chemo-preventative agents such as vitamin E.

We aim to gain molecular-level answers to basic questions that surround the etiology, treatment and prevention of disease.

Our efforts are focused on two general areas: